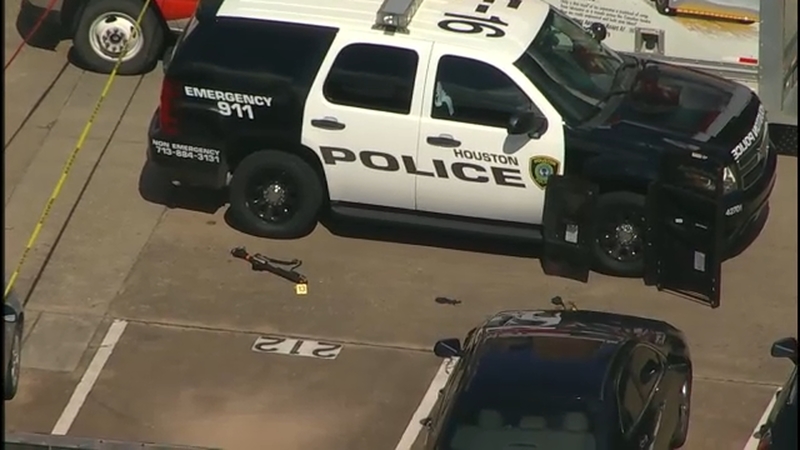 Good Samaritan praised for helping HPD officer who was shot

HOUSTON, Texas (KTRK) -- A good Samaritan is now being called a hero after he stepped in and helped a Houston police officer who had been shot at an apartment complex Tuesday morning.

During a news conference, HPD Chief Art Acevedo thanked many people, including a man who put himself at risk to help an officer in need.

"A man who was a gang member that made really bad choices in life - his words, not mine - put his life at risk, not once but twice because he didn't see a cop, he didn't see color, he saw a man that needed help," Acevedo said.

The good Samaritan helped Officer Courtney Waller, who had been shot in the arm. Acevedo said the man, whose identity has not yet been released, pulled Waller out of harm's way before a medic team arrived on the scene.

"We will learn his name at some point, with his permission, and we will honor him because he is a hero," Acevedo added.

Acevedo said officers were responding to a domestic violence situation. When Sgt. Harold Preston, Waller and another officer arrived to the scene, the estranged wife of 51-year-old Elmer Manzano, the suspect, told them she was moving out and wanted to retrieve items from the apartment.

SEE MORE: Fallen HPD Sgt. Harold Preston was about to retire this year

The son saw that Manzano had a gun and told officers. That's when Manzano fired multiple rounds, hitting Waller, Preston and the son, Acevedo said.

Waller is expected to survive his injuries.