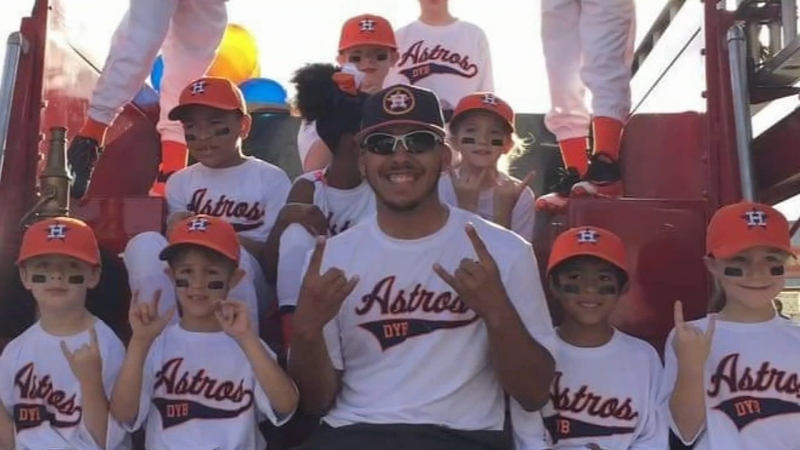 Driver who killed Little League coach given 6 months in jail

WEBSTER, Texas (KTRK) -- The family of a Dickinson Little League coach, who was killed while on a late-night stroll, says they were victimized a second time when the judge in their loved one's case handed down the sentence.

The driver who pleaded guilty was facing two 20-year sentences in prison, but instead, the judge sentenced him to just six months in the Harris County Jail. It is one condition of his 10 years of deferred adjudication.

"I'm angry, I'm mad. Mad at our justice system," said Gonzalez's mother, Erica Penry, as she exited the courtroom. "You have drug dealers that don't kill anyone. They get 30 and 50 years. And then you have someone that hits somebody and takes somebody's life, leaves them on the side of the road and they can get a slap on the hand. It's ridiculous and it's happening too frequently. More and more now."

The 24-year-old victim was an active Little League coach in Dickinson, was engaged to be married and going to college.

His family says he was a role model to his two younger brothers and the dozens of kids he coached each year.

Investigators say he was on a late-night walk near his apartment when he was hit by Jessy Castelan.

Webster police say the driver never stopped, leaving Gonzalez to die on the side of the road.

"They get to see him still, they still get to see him and we have to visit my son in a grave. He's six feet under now. So, I hope they're happy. They get holidays and birthdays and everything together. We don't have nothing anymore," said Penry.

Castelan was found by Webster police more than a week later and charged him with failure to stop and render aid accident involving death.

He cannot drive or drink alcohol for the next 10 years.

He must wear a device that detects alcohol and must serve 750 hours of community service, pay a $5,000 fine and attend DWI classes.

"If he does anything to mess that up, he can get up to 20 years in prison. So one false step over the next 10 years and the judge can sentence him to 20 years," explained Capitaine.

But to the family of the victim, the sentence was an insult. They tell us the driver has still not apologized verbally or in writing.

"I think he got away with it. He didn't show any emotion in there. It doesn't seem like he's remorseful, nothing," said Penry.