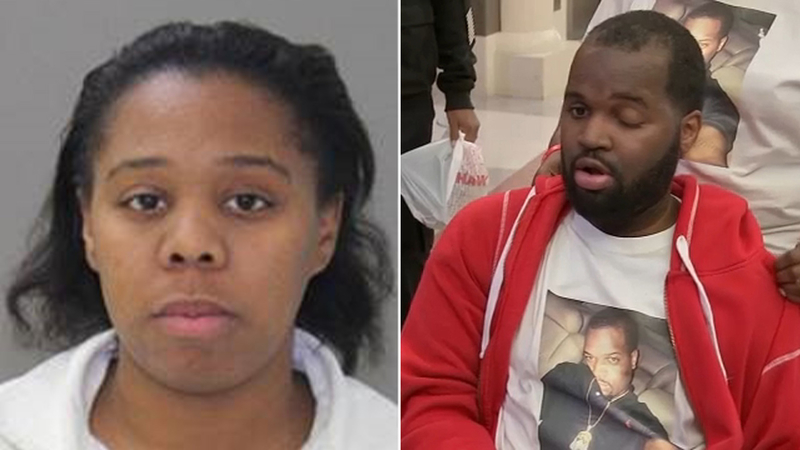 HOUSTON, Texas (KTRK) -- The woman who shot a man in the head while they were broadcasting on a Facebook Live stream is set to be released early from prison on shock probation, ABC13 has confirmed.

Cassandra Damper was sentenced to serve 10 years for an aggravated assault count and five years for a tampering with evidence charge. She pleaded guilty in August to the counts after the April 2018 shooting of Devyn Holmes.

Damper was to serve the sentences concurrently.

A judge ruled in favor of granting the shock probation on Thursday after Damper's attorney, Monique Sparks, filed a motion. A hearing was held in May.

Holmes was shot in the head while he, Damper and another man were inside a vehicle streaming to Facebook. Holmes survived, but has had to undergo rigorous rehab since then.

ABC13 spoke with Holmes' mother, Sheree, who said she is devastated by the judge's decision.

The statement continued, saying, "As prosecutors argued in court, even though Ms. Damper pleaded guilty, she has never taken full responsibility for her actions, including shifting blame and minimizing her actions. We argued against freeing Ms. Damper, who is just six months into a 10-year prison sentence, but we respect the decision by Judge McClure."

Sparks praised the judge's decision saying, "I don't consider this a 'get out of jail free' card. How I consider this is this is a judge coming up with other means outside of just incarceration. He is using all the tools in his box to apply justice in this case. He can make her conditions whatever he wants them to be and can change them at any time he wants to."

On the stand last year, Damper confessed, "I shot Devyn," while recounting what happened on April 1, 2018. She also read a letter in court addressed to Holmes, expressing remorse, sorrow and sympathy for what he's gone through.

"Please know how sorry I am during this tough time," Damper read. "I cannot imagine what you are going through or what you are feeling since this tragic accident. There is no amount of anything I can give you. It has hurt me even more to be unable to assist or be by your side during this recovery process."

With the Facebook Live shooter awaiting her sentence, the victim in the case came face-to-face with the woman for the first time since he was wounded.

Damper has been in state prison for nearly six months. She will be transferred back to the Harris County Jail and wait for the next court setting. That's when the judge will lay out the conditions of her probation for the next nine and a half years.

It's unknown when she will be formally released.

RELATED STORIES:
Woman pleads guilty to shooting man in the head inside car while on Facebook Live