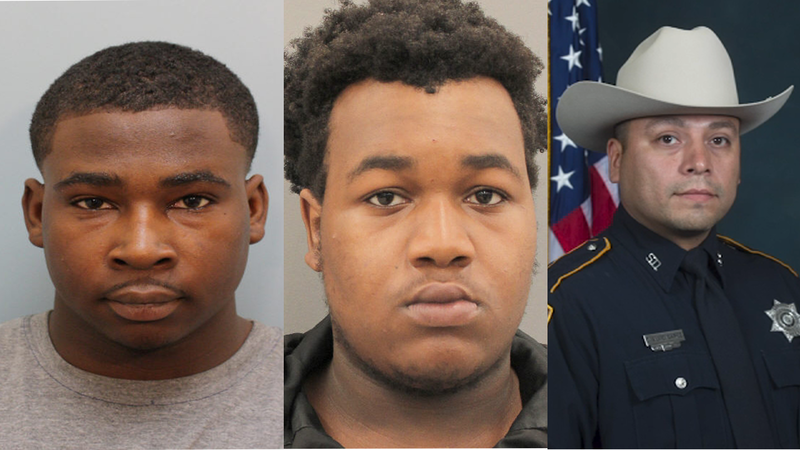 Joshua Stewart, 23, Frederick Tardy, 17, and Federias Clark, 19, are all charged in Almendarez's killing.

On Monday, a judge denied bond for Stewart.

The defendants are accused of shooting Almendarez, who was off duty at the time of the crime and was shopping when deputies said he caught the suspects trying to steal a catalytic converter from his truck.

Deputies said Almendarez caught all three suspects in the act in the parking lot of Joe V's Smart Shop in the 2900 block of FM 1960 at Aldine Westfield on Thursday evening.

On Monday's court hearing, we learned that Clark was the driver of the getaway car and he allegedly was the first to open fire at Almendarez.

Clark allegedly warned Tardy and Stewart to get back in the car as Almendarez approached his truck. The men had cordless cutting tools.

As the suspects drove away, Almendarez continued shooting at them as more shots may have been fired from the suspects' car, ABC13 learned Monday in court.

The three men are believed to be involved in a bigger crew that steals catalytic converters.