A woman is fighting for her life in the hospital and a man is dead after HPD says Damian West hit their car during a police chase.
KTRK
By Jessica Willey 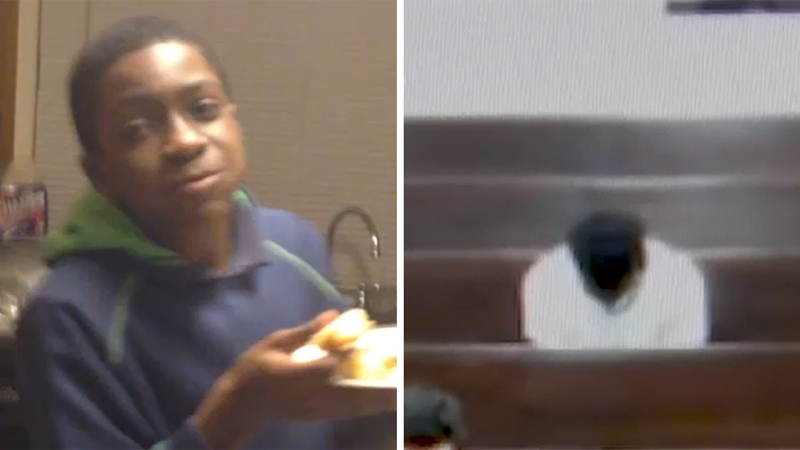 HOUSTON, Texas (KTRK) -- When Larry Owens saw the video of Damian West from his first court appearance, as well as West's mugshot, he says he saw something most viewers did not.

"He knows he messed up. He messed up," said Owens.

The 21-year-old is charged with murder and aggravated assault with a deadly weapon. Houston police say he caused a deadly crash on Hempstead Highway Friday night that killed an innocent driver and critically injured his passenger.

Now, West is an accused murderer, but Owens sees something different.

"All I see is a little kid. A little kid who would come to our house every day and play, run around and have fun," Owens said.

For about a decade, from elementary school to high school, West played basketball with Owens' son. They jumped on the trampoline and just goofed around. Owens and his wife, Yulonda, had that kind of household. Now, they regret not being there for him longer.

"You just try to be a positive influence on them because you don't want them to end up like what just happened," said Owens.

"These street takeovers have claimed way too many lives," said the Harris County Vehicular Crimes Division chief. Records show the suspect was out on bond at the time of the crash.

According to police, West was fleeing from a so-called 'street takeover' officers had just broken up.

At speeds reaching 100 miles an hour, police say West ran a red light and caused a chain-reaction crash involving four to five other vehicles. Hoang Tran, 31, was identified as the man killed.

"Don't get me wrong, condolences and blessings to the family and to the victims. I can just imagine how they're feeling right now," said Owens. "I mean, you took a life. You almost took another life, and, Lord willing, that other person pulls through. We're praying for them. We're praying for the family. But it's just a little different for us because we're on the other side."

In the video, drivers are performing stunts in their trucks and cars, with one man even hanging out of a window while spectators cheer them on.

And so, for Owens, who has coached little league football for 17 years, he will turn his family's heartache about West into a lesson for his players.

West is being held in jail on a $400,000 bond. Officials said his aggravated assault charge could be upgraded to murder if the woman in critical condition does not survive her injuries.

The 21-year-old charged with murder after a chase stemming from a street takeover has a June court date to look forward to as he remains held on $400,000 bond.