Officers formed human chain to rescue family of 4 during Imelda 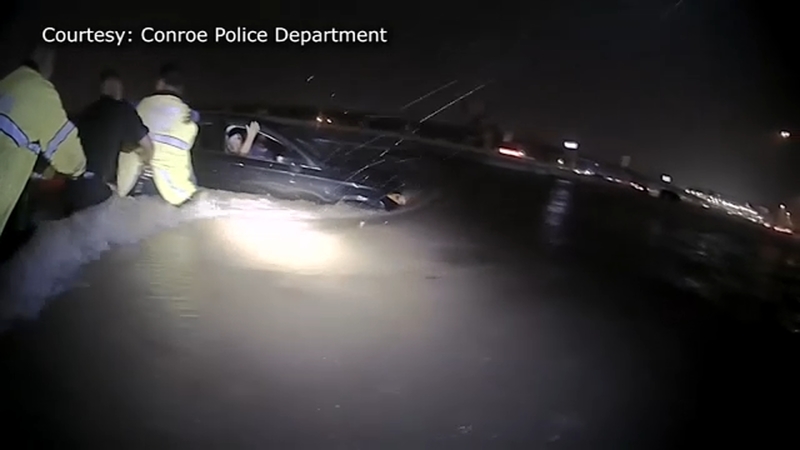 On Tuesday, the police department released bodycam footage of that scene near I-45 on the east feeder road.

The officers are seen saving the family from their flooded vehicle, and one by one, the officers pull both children to safety.

The officers then pry open a door and help two adults out.

According to the police department, this was just one of many water rescues during the Imelda disaster.

HOPE IN TIMES OF TRAGEDY: Even though his family's home was damaged by Imelda floods, he still says it's a wonderful world.

Kingwood resident Melissa Clark said Tropical Storm Imelda ruined the rebuild that she and her husband have worked on since May.