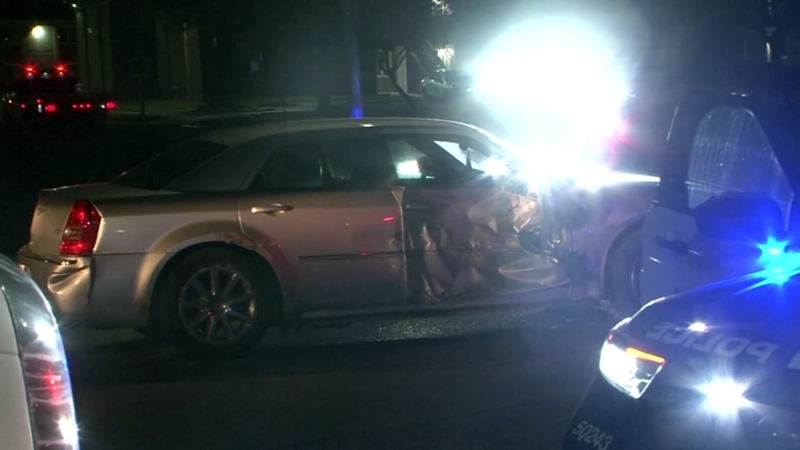 Investigators received a call around 12:45 a.m. on Sunday after two men were allegedly stealing catalytic converters from cars in the parking lot of Gatsby Condominiums, located at 7600 Emmett F. Lowry Expressway.

When officers arrived, they spotted the suspects' car leaving the area near the intersection of Auburn and Emmett F. Lowry Expressway and tried to stop them, but they fled. This led to a high-speed chase of more than 60 miles per hour on I-45 starting in Texas City and ending in north Houston, police say.

"Throughout most of the pursuit, we did have two helicopters overhead. They assisted us in keeping the speeds down so we could back off," said Lt. Raska with the Houston Police Department.

Lt. Raska did not confirm the exact speeds reached during the chase but said it exceeded 60 mph. During the pursuit, the suspects crashed into a car at Tidwell and I-45 with no injuries reported, according to Lt. Raska.

The suspects stopped at Garden City Apartments on West Montgomery and tried to run away. They were arrested and taken to the Texas City Jail.

Both Henry and Littleton face charges for theft of property. Henry faces an additional charge of evading arrest or detention with a vehicle. Investigators say Henry also had an arrest warrant out of Waller County for assault causing bodily injury family violence.