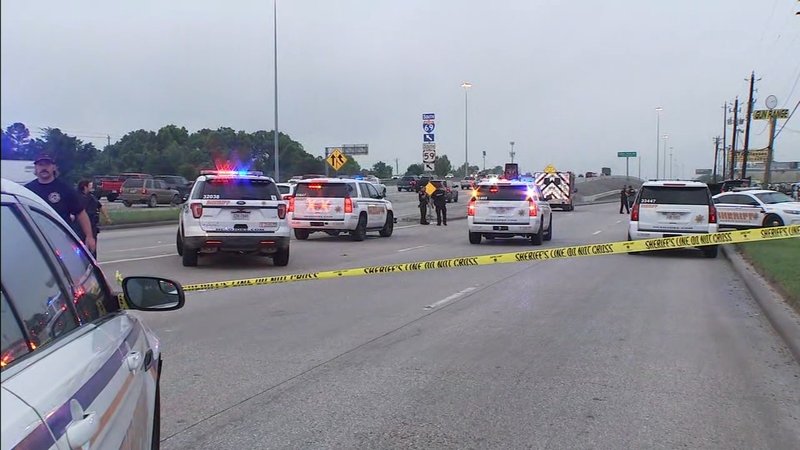 An intruder was nowhere to be found after the Harris County Sheriff's Office and SWAT responded to a reported break-in at a gun range early Tuesday morning in northeast Harris County.

ABC13 reached out to Sheriff Ed Gonzalez, who said an alarm call dropped around 4:40 a.m. at the business in the 11300 block of the Eastex Freeway feeder near Hopper.

The sheriff's office said the range's owner had a live feed showing someone in the building.

Deputies met with the owner 10 minutes after the stranger was last seen on the feed.

For the safety of the owner, deputies and the community, the sheriff's office said it deployed SWAT at 5:30 a.m.

Authorities searched the facility using robots and drone, but found no one.

A display case was shattered, and weapons were in disarray, but it's unknown at this time if anything was taken, officials told ABC13.

The investigation blocked the feeder road from Wedgewood to Mooney, causing traffic to be diverted.

The road cleared shortly after 9 a.m.