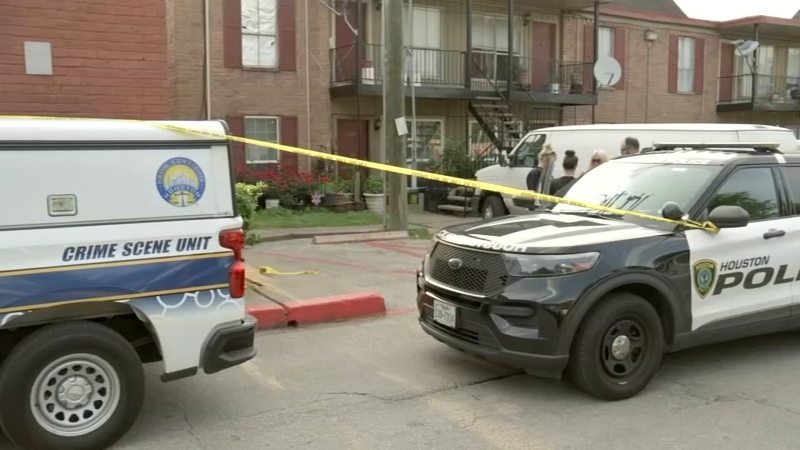 HOUSTON, Texas (KTRK) -- A suspect has been arrested after a woman's body was discovered in a U-Haul box at an apartment complex parking lot on Sunday afternoon in southwest Houston.

The 60-year-old suspect was taken into custody near the apartment parking lot near the 7000 block of Bissonnet Street where the woman's body was found.

Investigators tell ABC13 that the man faces an initial charge of tampering with or abusing a corpse.

Police say they found images through surveillance footage of a man wheeling the box on a dolly and dropping it off.

Police then spotted who they believe is that same man at the crime scene and took the 60-year-old in for questioning.

"I couldn't comment on his motivation as to why he came back to the scene," HPD Detective Matthew Hughey said at the scene Sunday.

Records show as of Monday, the 60-year-old is in the the custody of Harris County. His identity has been confirmed, but will not be named until he is officially charged.

Once the medical examiner determines a cause of death and publicly identifies the woman in the box, the 60-year-old could face more charges.