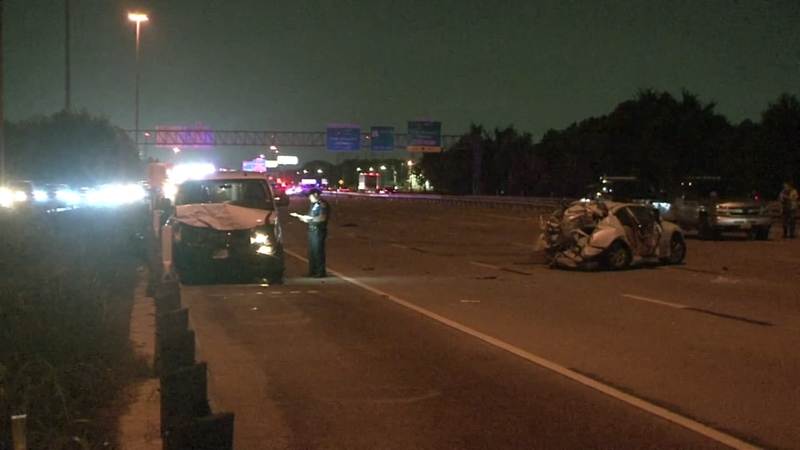 HOUSTON, Texas (KTRK) -- The driver of a car that attempted to stop suddenly on a north Houston freeway has died after a major rear-end crash, authorities said.

It happened around 8 p.m. on Highway 249 near the Greens Road exit ramp.

A man in a white car was traveling along 249 and pulled in front of a white van before hitting the brakes, according to investigators. The van's driver couldn't avoid the car and slammed into it.

The car's driver later died at a hospital.