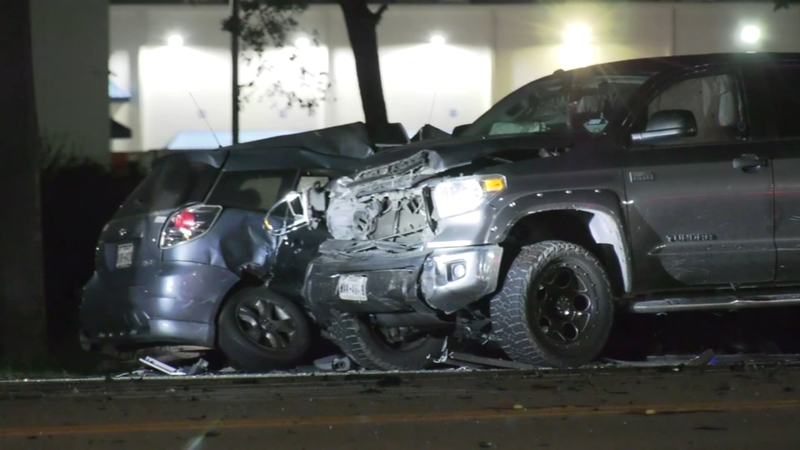 It happened just before 10 p.m. on Highway 249 near Seaton Lake Drive.

The driver of a Dodge Journey was traveling northbound in the southbound lanes of the highway when he struck the front-end of a Toyota Matrix, killing the driver inside, according to Houston police.

The Journey then continued in the wrong direction and struck a Toyota Tundra that was attempting to get out of the way, police said.

The Dodge Journey then caused a third crash when it collided with a Honda Accord.