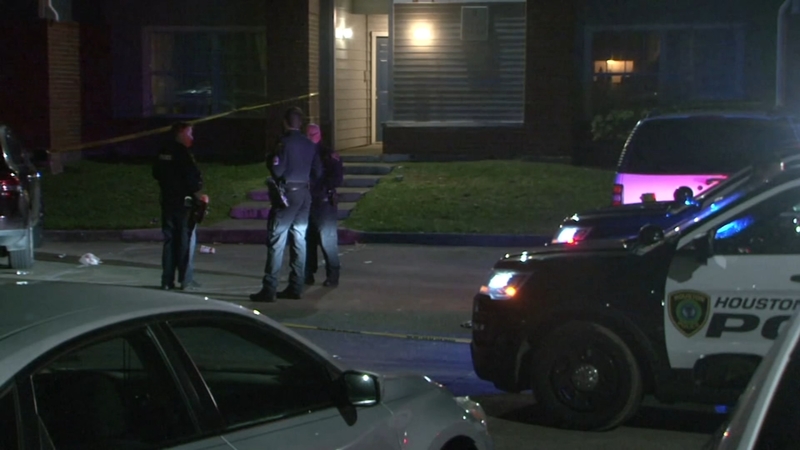 HOUSTON, Texas (KTRK) -- A 19-year-old is dead after a drive-by shooting on the southeast side overnight.

It happened outside the Cullen Park Apartment Homes on Wenda at Cullen around 10:20 p.m. Tuesday.

Houston police did not have a lot of evidence at the scene aside from some shell casings, but they do have a good description of the car used in the drive-by.

HPD said a group of young men were hanging out in the parking lot of the apartment complex when a car drove past them once, then came back a second time. That's when someone from the back seat opened fire.

At least three rounds were shot toward the group, and one of the rounds hit a 19-year-man in the torso, according to HPD.

That victim ran a short distance before he collapsed, police said.

When police arrived at the scene, the victim was taken to the hospital, where he died from his injuries.

"Prayers for these families, because its going to be a horrible Christmas for them," Lt. R. Willkens said.

As for the car, police say it is very distinctive. They're looking for a white Chevy Impala, and it appears to be an old police or security company car, witnesses said. Investigators said the car has a spot light by the driver's door and very dark tinted windows.

Investigators believe that car is the key to finding the gunman.

"A vehicle like that stands out. They will probably, I do not have any doubt, our investigators are outstanding, they will find these guys," Willkens said.

Police are looking for security video in the area, hoping to get a look at the car, and possibly the suspect(s).

If you see the car, you are urged to call HPD or Crime Stoppers.

NOTE: HPD originally said the victim was an 18-year-old, but later updated his age to 19.