The deadly shooting happened at La Playita in southeast Houston. No charges have been filed.
KTRK
By Patrina Adger 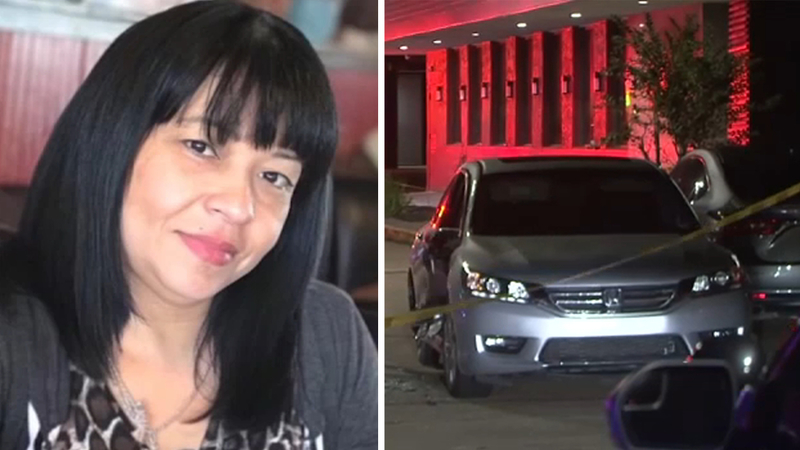 Mother killed by stray bullet at club where daughter was working

Aguilar's 21-year-old daughter, Claudia Quintana, said it was the first time her mother had been there.

"I was waitressing her table with her friends. They ended up leaving before I did," Claudia said.

Claudia, who was working as a waitress at the club that night, said goodbye to her mother as she walked out.

"I thought she was leaving with her friends. I was like, 'Bye, be safe!'" she explained.

Claudia says she left the bar after her shift after 2 a.m., but noticed a shooting or chaos in the parking lot as she left.

She says it wasn't until several hours later, at 6 in the morning, when she got a call from her 19-year-old sister in College Station, Josselin Quintana, saying their mother was shot and later died.

"One of her really close friends there with her that night called me and just broke down on the phone," said Josselin. "All I could hear was screaming."

According to police, a man in a black truck was driving recklessly in the parking lot and hit several vehicles. Security guards from inside of the La Playita club fired shots at the black truck.

Police say one of those bullets struck the mother of five, killing her.


"It does hurt to know that I'm never going to be able to see her again," said Claudia. "She was a loving and caring person. She always put anyone else before herself."

Police say Aguilar was in her truck with a friend, driving out of the parking lot, when the bullet struck her in the torso. Police say she died at the scene.

"This feels like you're living a nightmare that's not going to end because this is reality now," said Claudia.

The family has set up an Ada Beatriz Aguilar Gofundme to help pay for medical expenses.

The family says they are not commenting on the case, but simply want answers as to who fired the fatal shot.