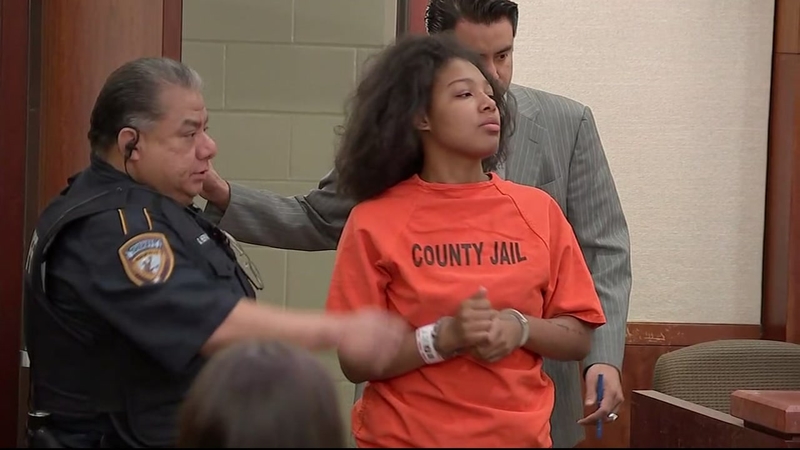 Driver charged in deadly hit-and-run in the Heights

HOUSTON, Texas (KTRK) -- A woman has been arrested in connection with a hit-and-run in the Heights.

Jada Mimms, 20, has been charged with two counts of failure to stop and render aid in an accident involving death.

BREAKING: Arrest made in connection to hit and run that left 2 people dead.

1 of the victims was helping the other cross the street in a wheelchair.

More charges could be coming for the suspect - live report on @abc13houston at 11!https://t.co/WM7VJIeFs7 pic.twitter.com/mUfxbl6L5d

RELATED: Driver returned to scene of deadly hit-and-run in the Heights, police say

On March 31, 55-year-old Lesha Adams and 64-year-old Jesse Perez were both killed crossing the street on North Shepherd near West 10th Street.

Adams was on her way home from dinner with her children in the car when she pulled over to try to help Perez, who is disabled, cross the road.

She and Perez were hit and killed by Mimms, who took off after the incident, according to authorities.