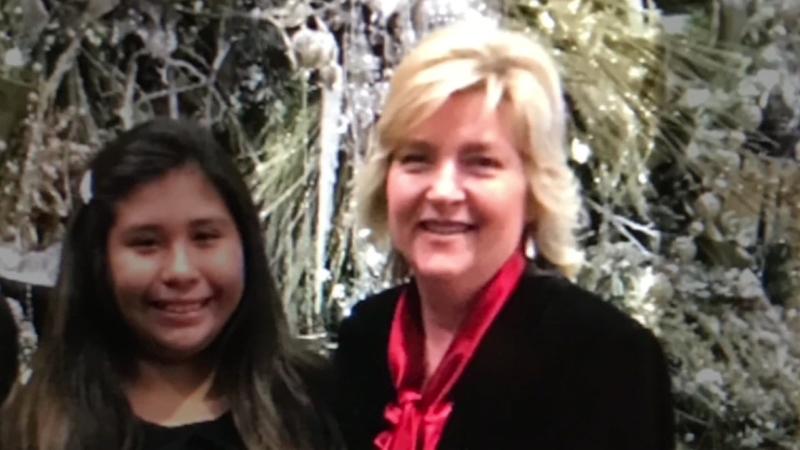 Mom killed in front of her kids while helping disabled man

HOUSTON, Texas (KTRK) -- We are learning heartbreaking new details about a crash that killed a man and a woman in The Heights over the weekend.

Lesha Adams lost her life while trying to help a man in a wheelchair cross the street.

A memorial on North Shepherd not only symbolizes the lives lost, but is symbolic of how this beautiful act of kindness ended.

RELATED: Driver returned to scene of deadly hit-and-run in the Heights, police say

Lesha was on her way home from dinner with her children in the car when she pulled over to try and help Jesse Perez, who is disabled, cross the road.

She and Jesse both lost their lives when they were hit and killed by a driver who took off.

Monday, the families of both strangers now connected to each other by tragedy, met at the memorial to grieve their losses.

Lesha's family remembered the 54-year-old for her willingness to help others.

Now both families are calling on METRO to make changes after seeing the bus stop Jesse was trying to get to, and the heavy traffic bus riders face just getting to the stop.

The four-lane road has a speed limit of 35, but traffic does not slow down. We found the closest cross walk is half a mile up the road.

METRO has not responded to our request for comment.

As far as the driver involved in the deadly crash, police said she returned to the scene later Sunday night after going to a family member's house.

A grand jury will determine whether charges will be filed.