Darius Sims is charged with murder after 19-year-old Daniel Thompson was shot and killed in northwest Houston.
KTRK
By Erica Simon 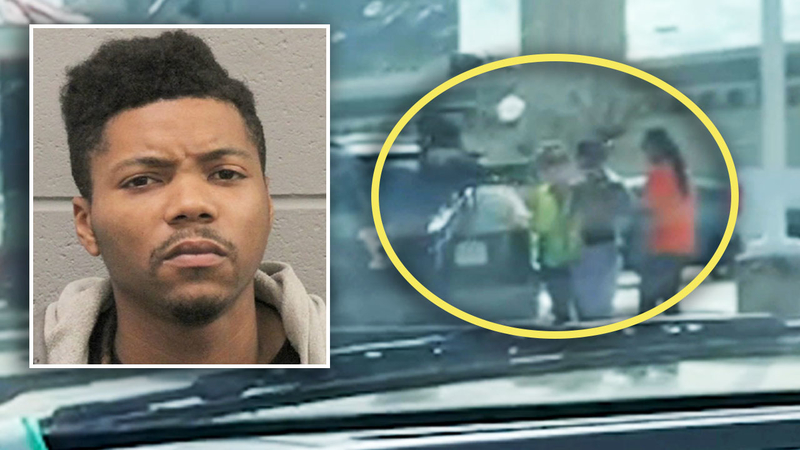 HOUSTON, Texas (KTRK) -- The family of Darius Sims, who is charged in the murder of a 19-year-old recent high school graduate, told Eyewitness News that an existing conflict with the victim's brother led to the deadly shootout in the parking lot of a Whataburger in northwest Houston.

Daniel Thompson was shot and killed on Tuesday outside of the restaurant located along the U.S. 290 service road near Hollister. Police said 27-year-old Sims, who was also wounded in an exchange of gunfire, was arrested after he drove away and went to a hospital.

On Wednesday, Sims appeared in Harris County Probable Cause Court where his bond was set at $200,000.

In the wake of the shooting, families of both Sims and Thompson have spoken to ABC13.

According to Sims' family, Thompson, who may have been off work on the day of the shooting, was called to the restaurant by his brother to confront Sims, who showed up with his 5-year-old daughter. The family claims Thompson punched Sims and may have also hit his daughter in the process inside the restaurant.

The incident spills out into the parking lot, where a witness records a shirtless Thompson squaring up on Sims while the victim's brother tries to hold Thompson back.

The video then shows Sims appearing to shoot Thompson, who detectives said was not armed. Thompson was hit point blank in the face before collapsing, at which point, Sims was recorded unloading on the victim.

Police said after Thompson was wounded, his brother went over to his vehicle, grabbed a gun, and shot back at Sims.

According to his family, Sims felt in fear of himself and his daughter. The family added that they are not condoning or justifying what Sims is accused of, but they offered to tell their side to Eyewitness News.

Meanwhile, more details emerged about Thompson's life. The victim's family said on top of his impending start to military service, he had a baby girl on the way. Thompson also lost his mother in 2020.