HPD identified the victim as Daniel Thompson. Darius Sims, who's accused of killing the 19-year-old, is charged with murder.
KTRK
By Erica Simon 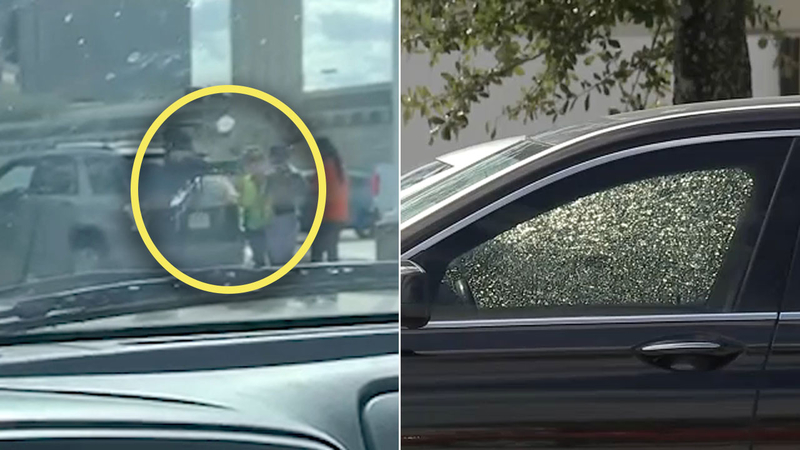 HOUSTON, Texas (KTRK) -- In the wake of a deadly shootout in a Whataburger parking lot, the victim's family members tell Eyewitness News the 19-year-old was a recent high school graduate and was about to start military service in a couple of months.

Houston police identified the man who died Tuesday afternoon along the U.S. 290 service road near Hollister as Daniel Thompson.

According to police, Thompson and another man, 27-year-old Darius Sims, got into an altercation at about 2 p.m. It escalated when Sims allegedly fatally shot Thompson.

Police said Sims also fired at one of Thompson's family members, who then returned fire and hit Sims in the leg.

Sims took off from the scene but was later found at a hospital. He was treated, released and taken to jail on a charge of murder.

Sims was due in a Harris County courtroom Wednesday afternoon.

Since the killing, ABC13 reached out to Thompson's family members, who said they are planning to hold a vigil at the Whataburger later this evening.

According to his relatives, Thompson graduated from Cy-Ridge High School and was about to report to the Army soon.

It's not immediately known why Thompson and Sims were fighting. Police also did not say whether charges would be considered for anyone else involved.