Man attacked outside of Montrose bar after being wrongly accused of exposing himself to a woman, HPD says 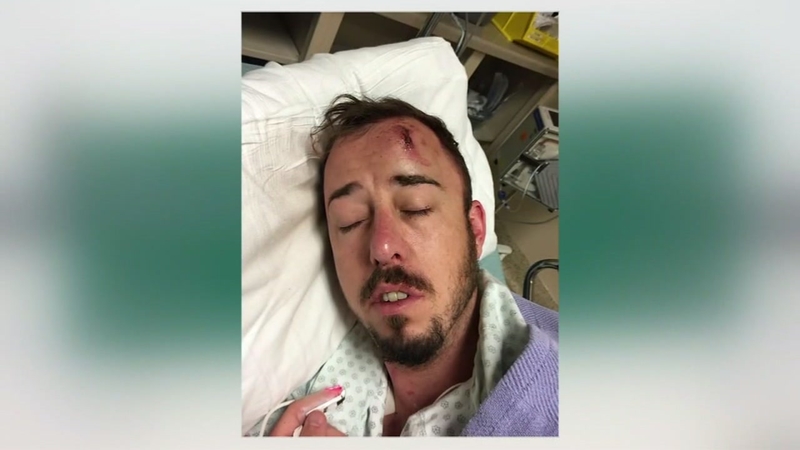 Man attacked outside of Montrose bar after being wrongly accused of exposing himself to a woman, HPD says

HOUSTON, Texas (KTRK) -- Christopher Bradford was walking home from a bar in Montrose Tuesday when his peaceful night was shattered.

"I heard footsteps running behind me," he said.

He was attacked by strangers and brutally beaten.

"Someone grabbed me from behind (and) threw me to the ground," Bradford said. "I was getting punched, kicked, and then, belt buckles we're flying at me."

Bradford said the attacker used the buckle end of a belt to hit him while he was down.

"Got me across the side of my head and I got four metal staples. They hit me with a rock in the forehead," he said.

Bradford said many people were around, but no one helped. He was on the phone with a friend when the beating started and that friend drove up, scaring the attackers off.

"There was blood everywhere. It was in my eyes. I couldn't see," he said.

He believed the attackers targeted him because he's gay.

The suspect, Caleb Tout, 19, was later arrested. He reportedly told officers he was drinking and beat Bradford because he was looking for someone else who allegedly exposed themselves to Tout's girlfriend.

"You really don't know the intention behind it. One of them was laughing. They were getting amusement out of this," Bradford said.

Regardless of the intent, Bradford said this event has changed him.

"The one thing I've learned from this, I will never walk home alone. That's never going to happen again," he said.

Bradford said Tout was not the only attacker. Police continue to investigate.