The 24-year-old was notably removed from the UH Cougars football team in 2016 after a separate drug possession arrest.
KTRK 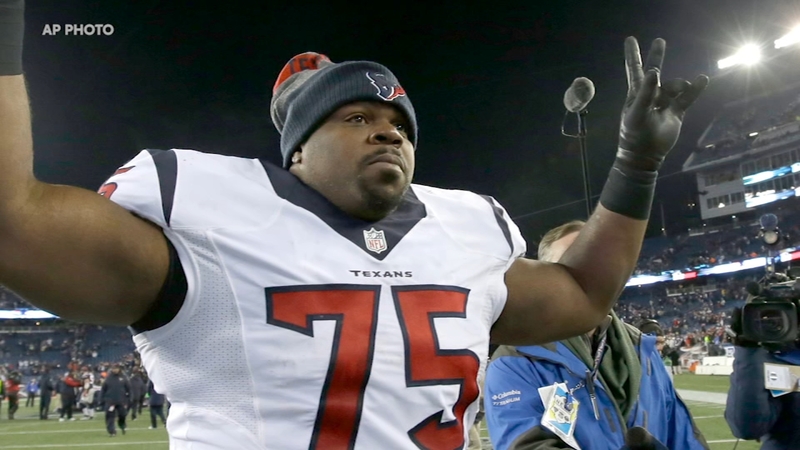 GALVESTON, Texas (KTRK) -- There seems to be legal closure in the family drama involving the 24-year-old son of NFL great Vince Wilfork, whom investigators say stole $400,000 worth of his father's jewelry, including two Super Bowl rings.

D'Aundre Holmes-Wilfork took a plea deal on April 20 for felony theft of property over $300,000 and was sentenced by a Galveston County judge to five years' probation and community service, according to court documents.

The guilty plea came almost a year after Holmes-Wilfork's arrest in the case on May 22, 2021.

The older Wilfork discovered several items missing in his home a couple of weeks earlier, including the two Super Bowl and two conference championship rings he won with the New England Patriots, court documents stated. 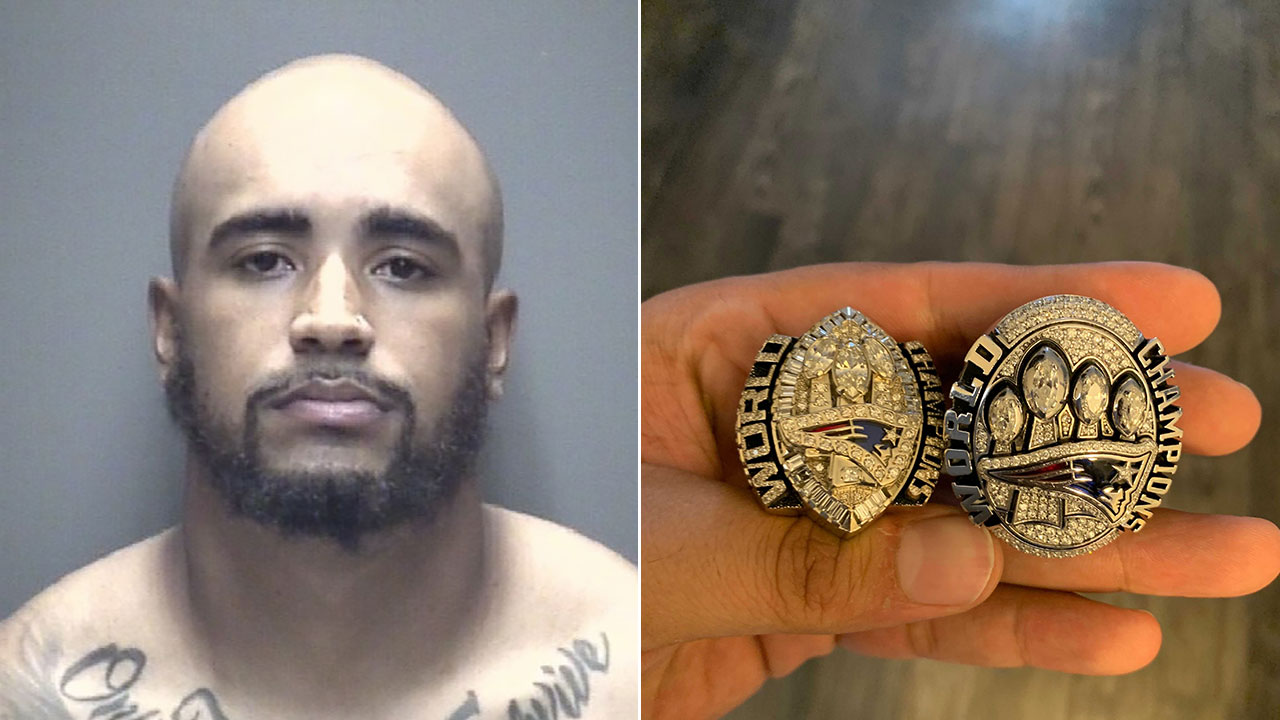 D'Aundre Holmes-Wilfork, left, seen in his May 2021 booking photo. On the right are the Super Bowl rings that investigators say Holmes-Wilfork took.

Other valuables said to be missing were a 10K white gold diamond necklace, white gold bracelets, and three pairs of diamond earrings.

Though Wilfork originally told investigators he thought he misplaced the rings, police got wind of the jewelry pieces being sold by a memorabilia group. It would later be uncovered that Holmes-Wilfork had sold the Super Bowl rings for $62,000, according to investigators.

Holmes-Wilfork also allegedly pawned eight of his father's items for $4,600. Wilfork told investigators he never gave his son permission to take possession and sell the pieces.

Holmes-Wilfork was arrested in Friendswood and later released on $300,000 bond.

In addition to his sentence, a judge ordered the return of the rings and other items back to Wilfork.