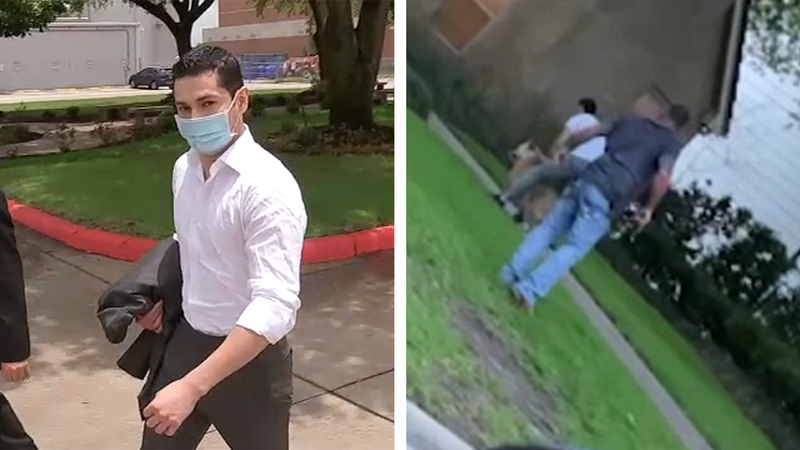 HOUSTON, Texas (KTRK) -- The man at the center of one of Houston's most outlandish wild animal encounters will spend 18 years in prison for murder.

A jury handed down the sentence for Victor Cuevas, who most people know as "the tiger man," on Tuesday afternoon.

Cuevas was found guilty of shooting and killing a man at a shopping center in Fort Bend County back in July 2017 during his trial last week.

Cuevas was out on a $125,000 bond when a video circulated of him wrangling a tiger in a west Houston neighborhood in May 2021. The sighting drew national attention, partially due to the unknown whereabouts of the tiger after Cuevas took off from the neighborhood.

At one point, a city-wide search took place to find the tiger, named India.

Cuevas was later apprehended on a felony evading arrest charge, but without the tiger. To this day, the 26-year-old faces no charges for the loose animal. Texas allows exotic animal ownership, but it's prohibited within Houston city limits.

In the weeks following the arrest, Fort Bend County courts revoked his bond, which raised the amount from the original $125,000, but Cuevas was able to afford the increased amounts.

Over that time, Cuevas' attorney had insisted his client didn't outright own India.

As for India, Cuevas' wife turned the tiger, who was found in good health after going missing, over to authorities after Victor's arrest. The animal was then transferred to a local shelter, before finally receiving a permanent home at Cleveland Amory Black Beauty Ranch in north Texas.

MORE ON VICTOR CUEVAS AND INDIA THE TIGER:
How is India the tiger adapting to his new north Texas home?

How is India the tiger loving his new home in Murchison, Texas? The ranch gave a live update about the big cat!

Victor Cuevas wrote about his original plans for the tiger, who he called "my best friend, my teammate, my workout buddy, my dance partner, my happiness."

India the tiger has been through a lot! Here's what next for him and where he'll live out the rest of his life.