Suspect's wife turned India the tiger over to authorities on Saturday, HPD says 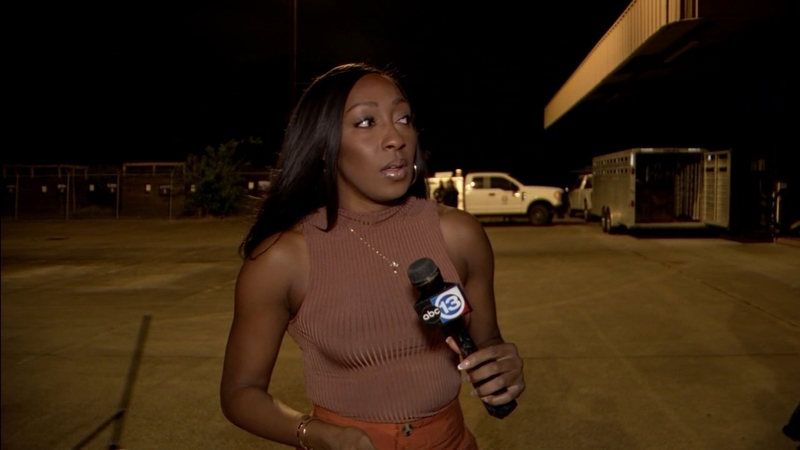 Victor Cuevas' wife gives India the Tiger over to HPD

HOUSTON, Texas (KTRK) -- The missing tiger named India was safely turned over to Houston authorities on Saturday and is being held at an animal shelter, according to police.

Officers with HPD's Major Offender's Division said the big cat appeared to be in good health and unharmed.

Commander Ron Borza said his office received a call from officials at a Houston animal shelter BARC around noon on Saturday who said they had just received call from a concerned citizen that knew Gia.

Lawyer Michael Elliott, who spoke on behalf of the Cuevas', said the handoff was a success thanks to the help of federal authorities, Victor and Gia, Mattress Mack's wife Linda McIngvale, the Westside Tennis Club and HPD.

"This has a good ending," Elliott said.

Police said it's unclear where the tiger was staying for the past week, but their main goal was to get India somewhere safe.

"The animal likes attention, " Borza said. "But, in no way, shape or form should you have an animal like that in your household."

The 9-month-old tiger is set to be transferred to the Cleveland Amory Black Beauty Sanctuary on Sunday at 8 a.m.

Authorities said they have no charges pending against Gia or Victor and hope the couple will help with locating more illegal, exotic animals in the Houston area.

The tiger disappeared after being spotted in the custody of a murder suspect last Sunday.

When authorities responded to calls about the tiger being loose in a neighborhood, Victor put it in his car and fled the scene.

It's not clear who kept the tiger after that, but Cuevas was put back in jail for violating the terms of his release.

RELATED: Owner of tiger roaming loose in Houston neighborhood was out on bond in 2017 murder, records show

Cuevas is facing charges for a 2017 murder.

An attorney for Cuevas said his client is not the owner of the tiger, but does keep the animal for its owner from time to time.

Cuevas' attorney claims his client has expressed regret about the tiger incident.