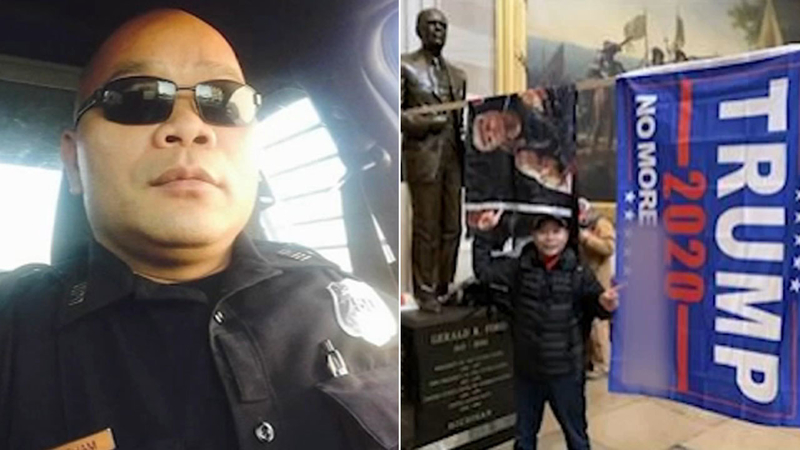 HOUSTON, Texas (KTRK) -- A former Houston police officer will spend 45 days in jail for his involvement in the Jan. 6 riot at the U.S. Capitol.

In September, Pham pleaded guilty to parading, demonstrating or picketing in a Capitol building, in exchange for three other charges being dismissed.

Pham resigned from HPD in January after he was publicly identified as having been in the Capitol.

Pham was identified by sources as the officer who traveled to Washington on Jan. 6 and "penetrated the Capitol" during the Congressional joint session to certify Joe Biden's electoral win.