KTRK
HOUSTON, Texas (KTRK) -- It was the single biggest loss of life in the history of the Houston Fire Department. 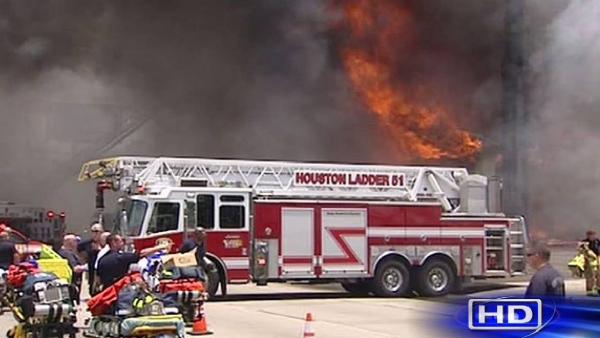 The four firefighters who died on the scene were Robert Bebee, Robert Garner, Mathew Renaud, and Anne Sullivan.

In March 2017, Captain Bill Dowling, who lost both of his legs in the fire, died of complications from the injuries sustained in the line of duty.

The department has made a lot of changes since the fire.

Captain Bill Dowling has died nearly four years after the fire at the Southwest Inn.

The day it happened, radio communication was nearly impossible because too many radios were being used at the same time.

Now radio traffic is limited and when a commander sees a building is about to collapse, he can get that information out to everybody to evacuate the building.

Another problem: there was no detailed information about the remodeled building, and firefighters basically went into the structure not knowing its layout.

At times somber and other times bittersweet, the funeral for Houston Fire Capt. 'Iron Bill' Dowling was fit for a hero.

The department has updated pre-fire plans that are available electronically to responding fire crews.

Also when the fire happened, the distress buttons on firefighters uniforms were too sensitive, and they could accidentally set off. Now they've been reprogrammed to require two separate pushes to activate.

The area has not changed much since the building was demolished after the fire.

The tributes have been here the entire time, a visual reminder of a terrible loss for the city.