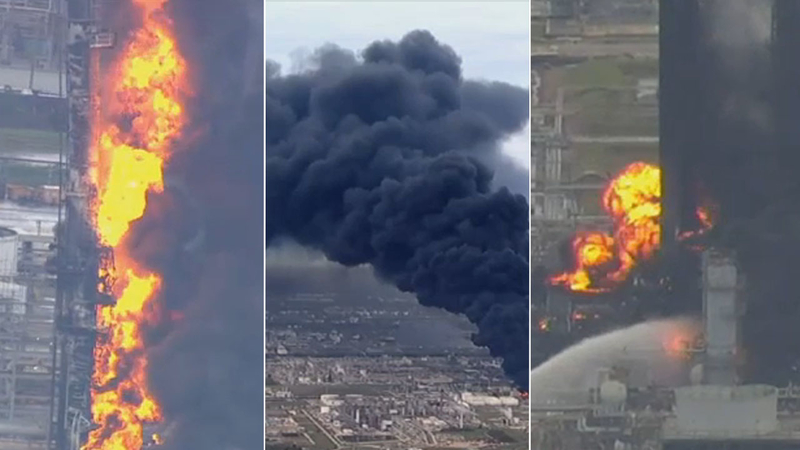 HOUSTON, Texas (KTRK) -- In the wake of the Port Neches TPC plant explosion, it's not unusual to hear of plant explosions in southeast Texas so far this year.

The ITC plant in Deer Park burned for several days in late March, after a fire there. Fortunately, no one was hurt, but there was extensive damage to the tanks on the property. TCEQ later announced that during the cleanup phase, the EPA recorded readings of 1,000 ppb of benzene on Penninsula Street near Buffalo Bayou.

A few weeks later, in April, the KMCO plant caught fire near Crosby. During that fire, one person died and two were injured.

Months later, the ExxonMobil plant in Baytown had a fire, where 66 people had to be treated. No one was hospitalized, according to local authorities.

Then, the Celanese plant in Pasadena caught fire, causing workers to evacuate the plant. No one was hurt in that incident.

This most recent explosion in Port Neches makes it the fifth plant fire in southeast Texas this year.

Officials investigating cause of fire at ExxonMobil refinery in Baytown