Houston man skied empty and icy I-10, but he could face trouble soon 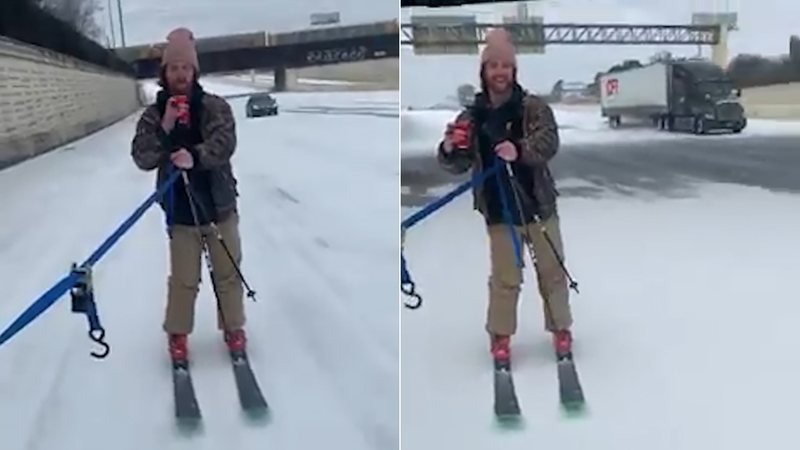 HOUSTON, Texas (KTRK) -- While a lot of Houstonians sought warmth from the freezing temperatures and heeded warnings to stay off the roads during Monday's rare snowfall event, a group of guys took advantage of an icy and near-empty Interstate 10 freeway to ski.

A video is going viral of Travis McGullam being pulled by a truck while skis were strapped to his feet.

McGullam told Eyewitness News he and his roommates were bored after they lost power the night before due to the winter storm. So, the Houston native and avid skier figured he would break out his unused skis and put them to work.

In the video, which you can see above, along with an interview with McGullam, vehicles pass the daredevil, though, a couple of lanes separated them.

At one point, a semi rolls into frame.

During his interview, McGullam said he would do this again once the next winter storm hits our area. And in terms of whether he believed it was dangerous, he said he's gone down hills that are considered more dangerous. There weren't any trees around, he added.

Since his interview Wednesday evening, Eyewitness News has reached out to Houston Police Department about any potential charges this group could face and whether any counts will be pursued. We are awaiting word from HPD.

Editor's note: It goes without saying. Don't try this.

When a winter storm approaches, AccuWeather recommends preparing an emergency kit in case of a power outage.