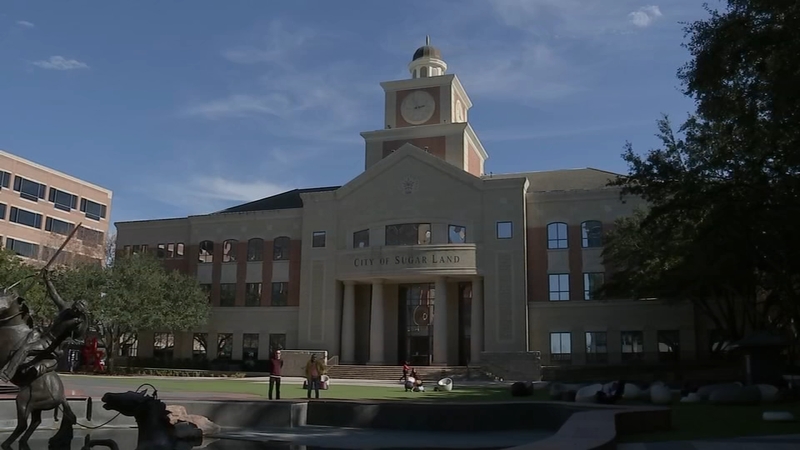 Inside Fort Bend County politics: What makes it so competitive?

FORT BEND COUNTY, Texas (KTRK) -- In 2020, suburban voters helped put Joe Biden in the White House, and Democrats won all of the county-wide races in Fort Bend County. Now, Republicans are trying to turn back the tide on that blue wave.

Though it's trending blue, it's more accurate to describe Fort Bend County as purple. Political experts said there will be some competitive races on the ballot, and candidates on both sides will have to find a message that speaks to an engaged, growing and diverse population.

Just 30 miles southwest of downtown Houston, you'll find one of the most ethnically diverse counties in the nation.

He called it remarkable, and county representatives called it one of several strengths.

Though it’s trending blue, it’s more accurate to describe @FortBendCounty as purple. Jeronimo Cortina @UHouston said there will be competitive races on the ballot, so candidates on both sides will have to find a message that speaks to an engaged, growing, & diverse population. pic.twitter.com/5S4Y5jKp7G

"I think it's education, quality of life, and the opportunities that are here, obviously. We have great jobs. We have a diverse community. We're very unique in that sense," said Keri Schmidt, president and CEO of the Fort Bend County Chamber of Commerce.

As more people make a home in Fort Bend, they're observing the beginnings of a political realignment.

"Obviously, the politics catch up to the population shift," said Schmidt.

Jeronimo Cortina, an associate professor of political science at the University of Houston, said the trend started with energized minority voters. Then in 2018, Beto O'Rourke lifted several Democratic candidates into office. Two years later, the backlash to Donald Trump solidified a blue streak.

"Still, we don't see a full realignment, and these areas becoming 100% blue, for instance. But what we've seen is that they're turning more and more purple over the years," said Cortina.

Republicans are disadvantaged, but it doesn't mean they don't have a chance. The president's party typically doesn't do well in midterm elections, and the Biden administration is increasingly unpopular nationally.

"The economy is going to be extremely important. If the federal government cannot control inflation, then it is going to be a very important issue. Voters, most times, vote based on their pocketbooks," Cortina said,

They also vote based on familiarity. It's something new, diverse candidates have seized on.

"Folks are running for office that, maybe, never thought that they could win or even run for office. That's a big change, and that's a good change," said Schmidt.

It's also a change that could help predict what American politics will look like in the future, even if it's still too soon to predict winners and losers on the ballot.

"This is where the American future is being worked out. The coming together of all the ethnicities and all the religions of the world in this one remarkable place," Klineberg said.

Midterm voting in Texas runs from Feb. 14 through Feb. 25.

It's time to cast your vote! You have until Feb. 25 to vote early for the primary election, and there's still time to request a mail-in ballot.