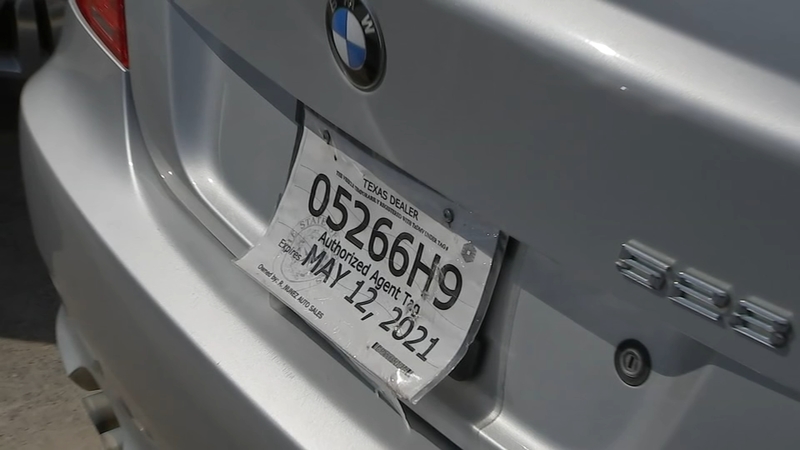 The head of Texas Department of Motor Vehicles has resigned amid pressure on the agency to address security vulnerabilities that have allowed criminals to create and sell hundreds of thousands of fake paper license plates.

Whitney Brewster announced her resignation Monday but did not directly address the issue surrounding the sale of fake license plates.

"I understand the frustrations of our stakeholders to the problems and evolving situations we are working daily to resolve," Brewster said in a statement Monday. "Often the hardest thing to do as a public servant leader is to step back and accept that you have done everything you can, and that it might be time to allow new leadership to take the reins."

TV news station NBC 5, based in North Texas, aired an investigation in November on how criminals have exploited loopholes in the state's system to create a $200 million enterprise selling illegitimate paper license plates across the country.

Fake tags can be used by criminals to remain anonymous from law enforcement or by people whose vehicles might not pass an inspection. They have been tied to offenses that range from avoiding toll charges and selling damaged vehicles to robberies and carjackings out of state, the Houston Chronicle reported last year.

Temporary tags or paper license plates are issued to drivers to use for a short period before they register their vehicles or to car dealerships for loaner vehicles or for demonstrations.

However, criminals have generated hundreds of thousands of fraudulent tags through security loopholes in the TxDMV's system and then sold them for a profit, NBC 5 reported. By posing as car dealers, sellers used fraudulent information to sell tags across the U.S. Law enforcement officials have bemoaned the department's slow action to address the issue, saying it impedes their ability to locate offenders.

"Texas is leading the way in the volume of paper tags that are being fraudulently issued across the country," Brannon Coker, an FBI special agent with the Houston Division, said in December.

Last May, three people were charged with a nationwide scheme to sell these fake license plates - one of them a Houston resident. The trio were accused of using fake car dealerships to issue nearly 600,000 automobile paper tags and sell them on the internet without selling any cars. If convicted, each faces up to 20 years in prison and $250,000 in fines.

Although the issue has persisted for years, TxDMV officials have said their hands were tied on how to address it. In a Dec. 1 statement, Brewster said the agency is "responsible for implementing laws passed by the legislature" but had "limited authority" to go past that.

However, the Texas Legislature and TxDMV have both recently made policy changes to tackle the issue.

Texas lawmakers passed a bill in June that authorizes TxDMV to "take swifter action when fraud is identified and to reduce the potential number of tags at risk for illegal use," according to a department press release late last month. The law allows officials to limit the number of temporary tags available to dealers and terminate access to temporary plates if the department finds out licensed dealers are involved in illegal activities.

"These tools will reduce the ability of criminals to print unlimited numbers of temporary tags for illegal purposes while ensuring legitimate dealers retain full access to temporary tags needed to support vehicle sales," the release said.