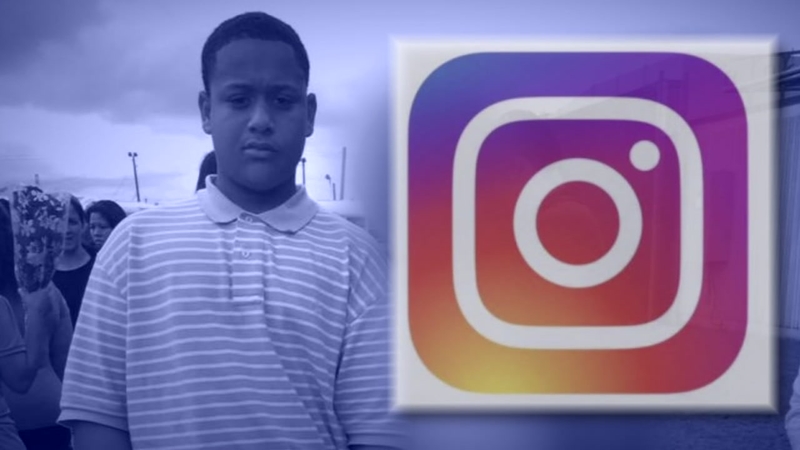 HOUSTON, Texas (KTRK) -- A Houston psychiatrist says the new generation of parents is responsible for closely watching their children's lives in two worlds: reality and cyber.

"Having your kids' secret codes and passwords, so you can go where they go," said Dr. Richard Pesikoff.

The message comes after Lamar High School senior Delindsey Mack was gunned down outside the campus last week. His parents now blame the teen's Instagram activity.

The pastor joined Delindsey's father for a media briefing Monday. They tell us the 18-year-old's Instagram account and his real life were nothing alike.

At home, he was a well-mannered teen, involved with his family's church and focused on getting his high school diploma. Online, he posted pictures with guns and money.

His pastor says none of that was real.

"One family member called him a 'bedroom gangster,' because that's what it was," Cofield said. "He's in his room, creating this persona and sending out direct messages with people and commenting on things that are happening in the community, and it cost him his life."

Houston police are still investigating Delindsey's death, telling Eyewitness News it is gang related, and the victim appears to have been targeted.

Dr. Pesikoff says children and teens, even as old as 18 or 19, must be monitored online because their brains simply are not mature enough to always make the right decision.

"The prefrontal lobe, the part of the brain that helps you make a judgement, good, bad, terrible, terrific, isn't finished growing," said Pesikoff.

"We're literally putting technological guns in the hands of our children when we give them access to the entire world and they don't have the maturity to handle it," said Pastor Cofield.

Delindsey's family says the teen used his father's gun for several of the Instagram photos and also cash from the family business.