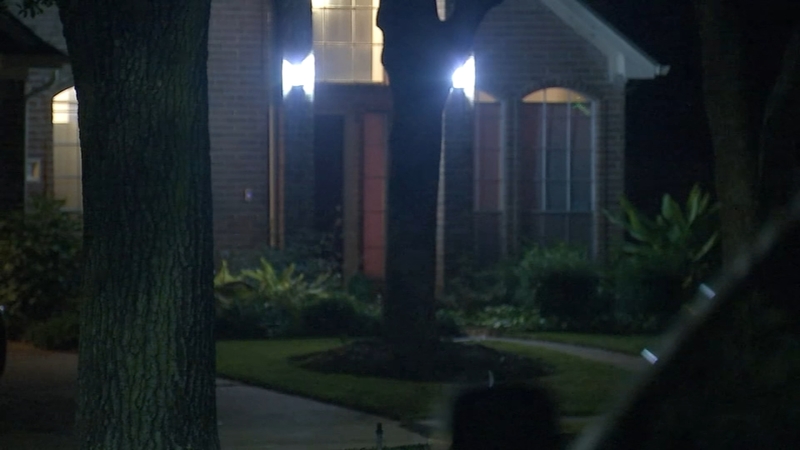 Woman robbed in her driveway after trip to bank, police say

SUGAR LAND, Texas (KTRK) -- Authorities are looking for a man they say followed a woman from the bank and robbed her in her driveway in Sugar Land.

The robbery happened Wednesday at 12 p.m. in the 200 block of Indian Summer Court.

Wednesday's victim was a 66-year-old woman who went to the hospital for minor injuries, but she was released later the same day. Though she and her daughter were too shaken up to speak on camera, over the phone they said the robbers got away with her ID, her phone, and cash that she had just withdrawn from a bank in Houston.

"Somebody screamed and I opened the door. Then, she told me the guy took her purse," said Marta Mendez, who lives at the home where the incident happened.

The victim in the case is Mendez's friend who was dropping by for a visit. After hearing the screams, Mendez said by the time she made it outside, the thieves were gone.

Her friend told her that a man with a gun hit her in the head and then robbed her in the driveway. When Mendez ran outside, she said her friend had blood on her face.

"I didn't see the guy. The guy left (with) had a gun," Mendez recalled.

But this is not the first case in the area. Back in September, two men also used a gun to threaten and rob a woman just a few miles away in Telfair. She wasn't hurt, but they got away with her purse as well.

Police have not connected the cases, but in both instances, the women said they were followed from Houston to Sugar Land where people say crime is rare.

"I like it here. The people. Maybe (the suspect) doesn't live here," said Mendez.