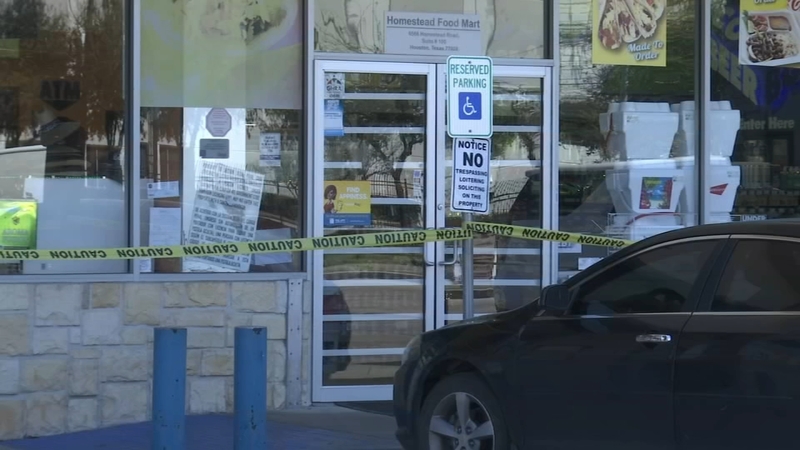 HOUSTON, Texas (KTRK) -- A store clerk was shot and killed on Sunday morning in northeast Houston, according to police.

Investigators found the clerk in the back room with at least one gunshot wound on his right shoulder, according to detective Kris Persad.

The suspect is described as a Black man between the ages of 20 and 25. He stands at about 5 feet, 7 inches tall and weighs about 140 pounds. Police said he was last seen wearing a black jacket, black pants with white stripes and black shoes.

HPD officers are interviewing witnesses who were inside the store during the shooting.

Employees and customers gathered outside the gas station in the hours following the shooting.

Shakora Sharp frequently shops at the convenience store. She said she was shocked to hear the news.

"I grew up in this neighborhood, so we come here every day. John was family to us, like the other guys. All of them are considered family," Sharp said. "It's just heartbreaking, honestly, to even have to go through this. I know the guys, his coworkers, the manager, everybody's hurt. Even the neighborhood because we're so family-oriented."

Detectives said the suspect remains on the loose.

"Whoever did it, I hope they have at least some type of heart, some decency to turn yourself in. This is hurting not only the community, he has a family," said Sharp.

If you have any information, law enforcement urges you to contact Houston Police's homicide division at (713) 308-3600.