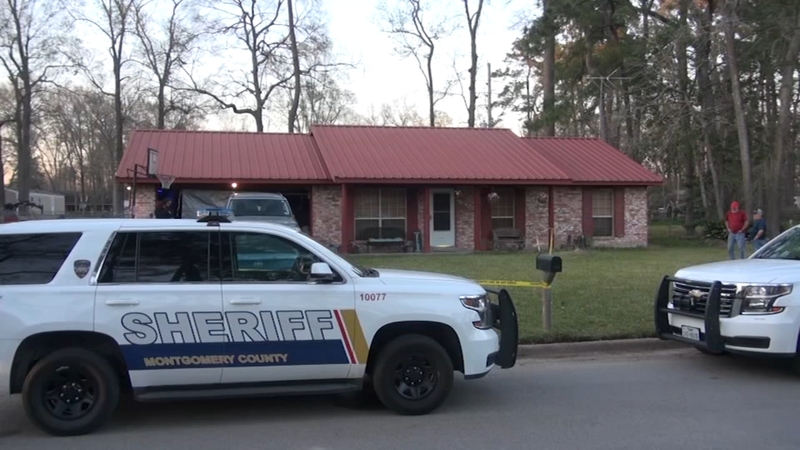 SPLENDORA, Texas (KTRK) -- A woman's ex-husband and their children made a horrifying discovery last month, when they found her dead in her garage. Now authorities believe they know who killed her.

On Wednesday, March 16, at about 5 p.m., deputies with the Montgomery County Sheriff's Office responded to a welfare check at a home in the 25500 block of White Oak Lane.

Deputies said a man arrived at his ex-wife's house to drop off their 8- and 12-year-old children when they found her in the garage. That's when he called 911.

Deputies said the woman, who was identified as 41-year-old Holly Vines, had been shot to death.

On Tuesday, April 5, the Montgomery County Sheriff's Office Homicide and Violent Crimes Unit announced Jacob Otis Cavanaugh, a 40-year-old man from Goodrich, Texas, had been charged with the murder of Vines.

Cavanaugh was charged with the murder of Vines, with whom he had a relationship, when physical evidence found during the investigation, and statements he made after her murder, implicated him as the shooter authorities said.