'Spire' owner defends nightclub after being shut down by fire marshal 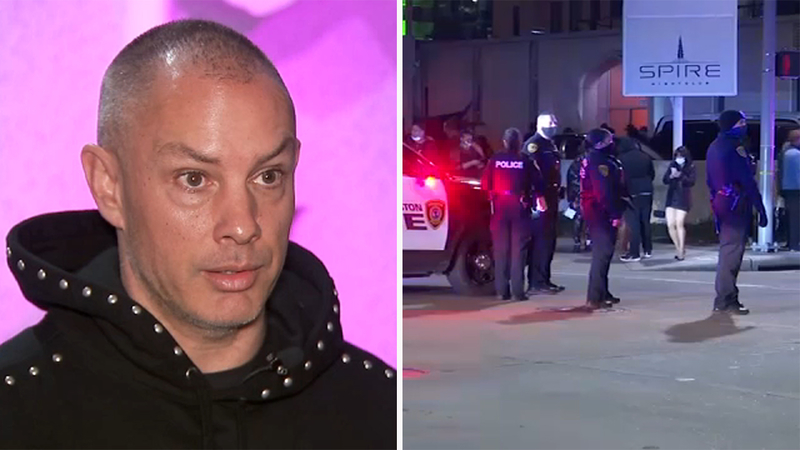 HOUSTON, Texas (KTRK) -- It has been an ongoing problem during the pandemic. Houston city leaders say bars and nightclubs continue to draw large crowds despite the coronavirus threat.

Hip-hop artist Trey Songz and celebrity friends were reportedly headlining at the club.

ABC13 spoke exclusively with the nightclub's owner, Zach Trusdell, about the issue.

"What happened is, when people just bombarded the doors and came in, we had to lock up the doors," Trusdell said.

That's when the fire department showed up.

"We couldn't get a proper occupancy count. The exits were blocked," Houston Fire Chief Sam Peña said. "The means of egress were impeded. There were chairs and tables and stuff in the path of the exit. We made a determination at that time that it was a fire hazard."

It's not the first time the popular Houston nightclub has come under fire. Back in June and October, their liquor license was temporarily suspended by the Texas Alcoholic Beverage Commission.

"Do you feel that your properties make a conscious effort to ensure that these guidelines are being followed?" ABC13 reporter Stefania Okolie asked.

"I feel like we are, the whole time, working with agencies, following the orders and trying our best," Trusdell replied.

"People are wondering why you guys aren't shut down," Okolie prompted. "I guess the main reason is the authorities are there all the time, and we are abiding by the rules when they come," he said.

Trusdell feels his establishments have been unfairly spotlighted.

"The same thing is going on all across the state of Texas," Trusdell said. "I truly believe that it is."

"I see the Clé party that made national news and I see the Spire party. It's always just videos of Black folks," Trusdell said. "And I'm just not sure why that is when I know you go out to places and you see white folks partying and having a great time as well."

"We've been responding to everything from nightclubs, to restaurants to bars. It's been a mixed bag. But primarily and predominately, the complaints are for bars and clubs," Peña said.

"I don't know. I don't know why we're only seeing videos of Spire and places like that," Trusdell said.

MORE ABOUT SPIRE:
Houston nightclub says it's not a club, so what is it?
EMBED More News Videos