HFD arson investigator killed in line of duty was scheduled to be off that night, wife recalls 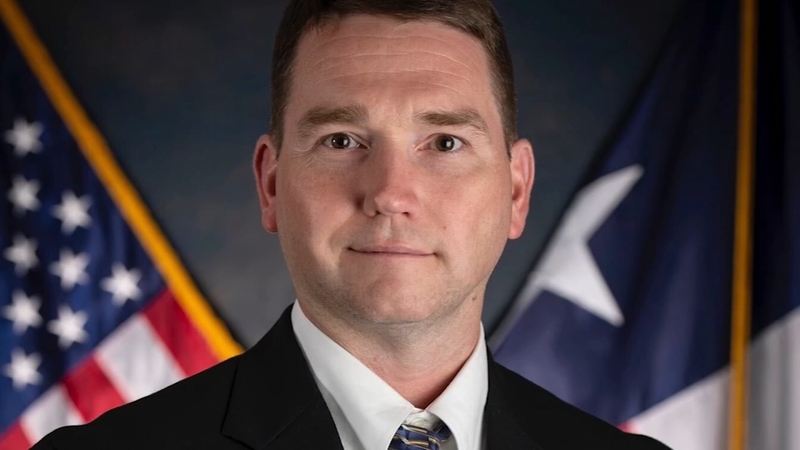 Arson investigator was set to be off night he was killed

HOUSTON, Texas (KTRK) -- The wife of a fallen Houston Fire Department arson investigator revealed that the night her husband was killed was supposed to be his night off.

"That's the one thing that's really hard is just trying to process that," said Rachel Bruce.

Her late husband, 44-year-old Lemuel "DJ" Bruce, was a 5-year arson investigator with the Houston Fire Department and a Marine Corps veteran who loved his family.

In the video, 13 Investigates looks into the moments that led to HFD arson investigator Lemuel "DJ" Bruce's death.

"Every chance he got he wanted to be home," said Rachel. "He didn't want to go out with the guys or anything."

He was the father of two children, a 12-year-old girl and an 8-year-old boy. That morning in October, when he never returned home, still plays in his wife's memory.

His last call to service was on a night that was supposed to be spent at home.

A grief-stricken Houston Fire Department fondly looked back at the life of Lemuel "DJ" Bruce, who had died while pursuing an arson suspect.

Lemuel was scheduled to be off that night, but his wife said he was determined to solve the case he was leading. It was an investigation into a serial arsonist setting fires in the Heights area.

Rachel said she and her husband went back and forth about whether or not he should go in to work. They finally decided it would be okay to work the shift, which was scheduled to start at 12 a.m. and end at 6 a.m.

By the time 6 a.m. came around, Rachel said she knew something was wrong the minute she heard a knock at her door.

"I knew right when they said, 'Rachel, it's HFD.' I knew right away," she recalled. "I kept holding my hands up saying, 'Wait a minute. Stop, stop.' You know when you're just in denial and shock, you don't want it to be true."

The arson investigator had been shot hours before his shift was supposed to end.

SEE ALSO: Arson investigator was 1st in HFD's history to be killed in line of duty
EMBED More News Videos

It was around 3 a.m. when he encountered the suspect he was looking for and was shot and killed. The suspect then turned the gun on himself.

On Wednesday, the Houston Fire Department planted a tree in the ground near the spot where Lemuel lost his life.

"It means a lot to know that they're dedicating something to his service and to his sacrifice," his wife said. 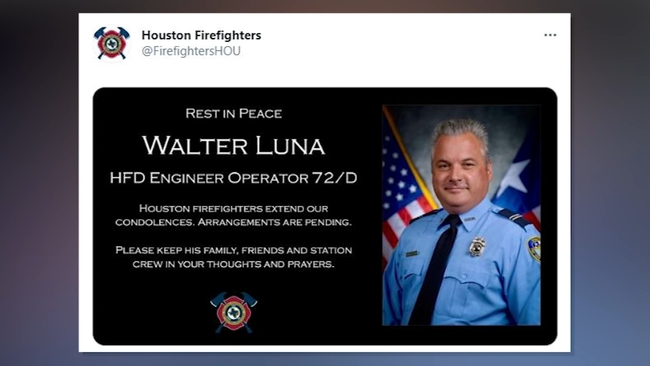 Firefighter who served for 26 years dies in off-duty accident 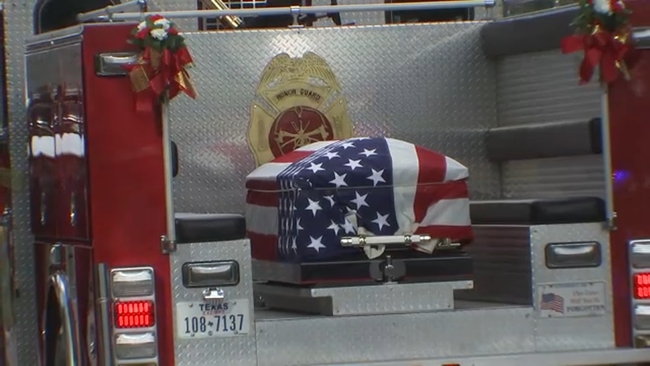