On June 25, the suspect stole two vehicles from the victims he shot and injured. He also attempted to steal another vehicle in a drive-thru and failed.

HOUSTON, Texas (KTRK) -- Police are searching for a man who attempted to carjack three people, and shot them, within an hour last Saturday morning.

On June 25, the man stole two vehicles from the victims he shot and injured. He also attempted to steal another vehicle in a drive-thru and failed.

Attempted carjacking at a drive-thru in northwest Houston

About 20 minutes later, a 49-year-old woman told officers who were at a nearby CVS that she was in her vehicle in the drive-thru line when the suspect approached and requested her money. When she refused, the suspect attempted to open her door but was unsuccessful.

"I heard the car handle like he tried to open my door on the passenger side," the 49-year-old woman said.

He fired into the vehicle, striking the victim's finger.

"I was stunned, and a couple of seconds later, he shot through the window," the victim said.

As she drove off to a nearby CVS, the suspect fired multiple shots at her.

The woman said she could not believe this had happened to her of all places.

"He reminded me of one of my teenage daughter's friends," she said.

"I was in the drive-thru buying Whataburger," the victim said. "It still feels like the Twilight Zone."

Armed carjacking at a gas station in northwest Houston

At about 2:45 a.m., the suspect walked back to the gas station at 801 North Loop West (North Interstate Highway 610 West) service road and approached two males at a pump, and demanded keys to their vehicle. The men complied and ran away. The suspect shot at the men, striking one of the men in his left leg. The suspect drove away in the victims' vehicle. Investigators said they recovered the car in a short time.

In all, police believe this man is responsible for all three incidents that happened within 45 minutes.

The suspect is described to be in his late 20s to early 30s, with a slim build, eyeglasses, and a beanie.

Officials urge anyone with information in this case to contact the HPD Major Assaults & Family Violence Division at 713-308-8800 or Crime Stoppers at 713-222-TIPS. 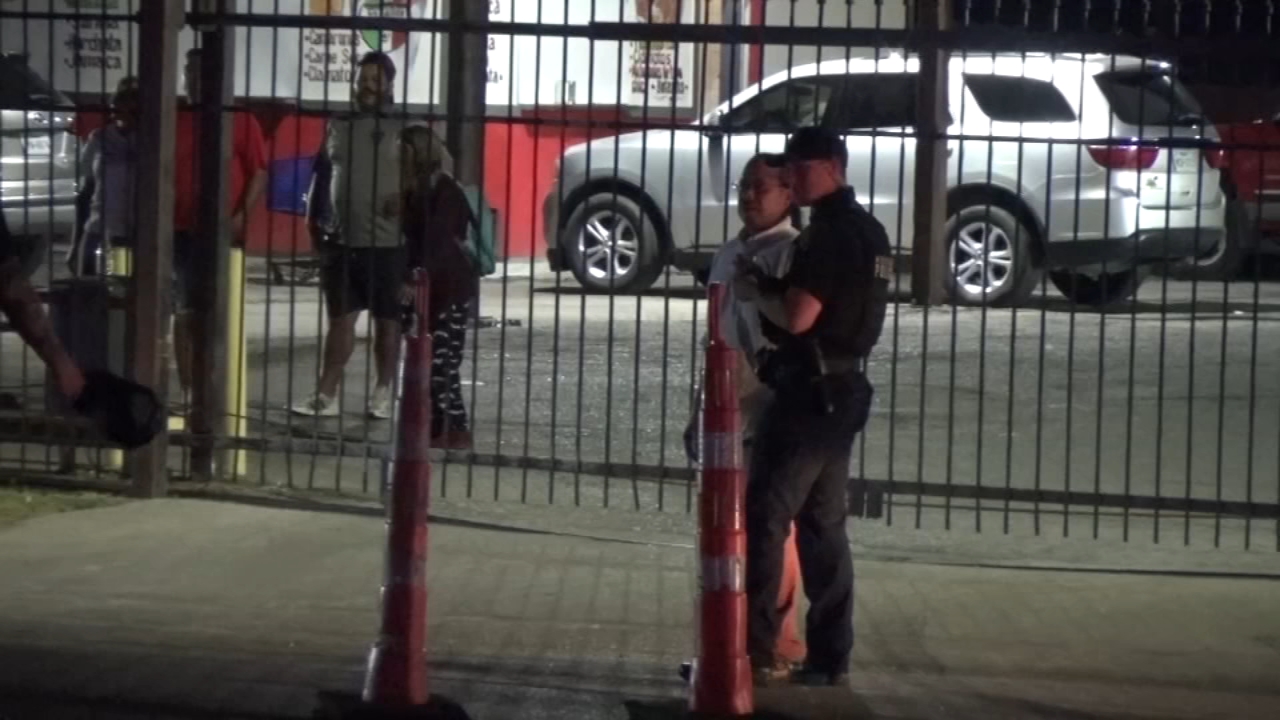