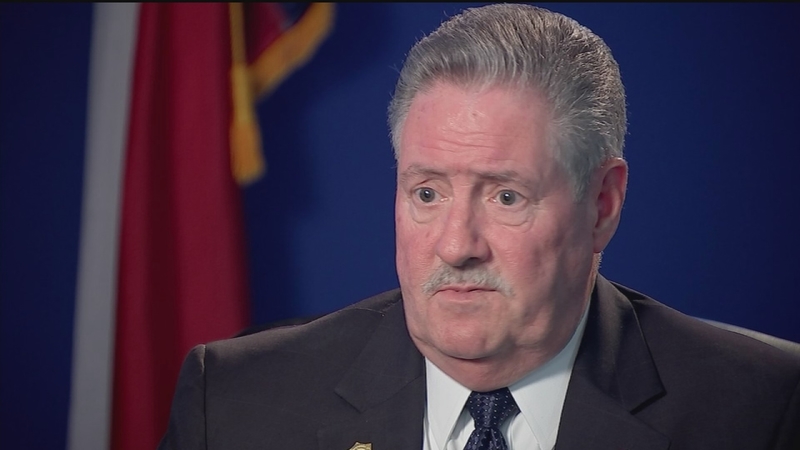 HOUSTON (KTRK) -- Three days in, Harris County Sheriff Ron Hickman has swiftly been making changes, replacing the senior staff of his predecessor Adrian Garcia with his own team, and contemplating more changes soon, particularly as it relates to the jail.

"I didn't take this job because of the jail, but unfortunately it comes with it, so for now it's part of the business," Hickman told ABC-13 in a sit-down interview Thursday.

One of the possible changes comes in the wake of ABC-13 reports about the jail under the previous administration, including a series of stories about a mentally ill inmate who was left in his cell for weeks, living amid heaps of trash, swarms of bugs, and piles of his own feces.

Dr. Michael Seale, the executive director of the Harris County jail's health services, admitted in April -- months after ABC-13's reporting -- that members of his medical staff were aware of the inmate's condition in the cell during the weeks he was locked inside.

Seale's medical team did not alert anyone about the inmate living in the fetid cell outside of their own chain of command, due to the jail's policy at the time.

Although the policy has since been changed, Seale may soon be shown the door, Hickman said.

"I think I made it fairly clear to Dr. Seale yesterday my feelings about their responsibilities," Hickman said. "I'm very disappointed. If anyone on his staff knew about something and we didn't resolve it effectively then we're not doing enough."

"We need to do everything we can to make sure communication is forwarded up the line for any condition that affects the care of an inmate," he said. "There ought to be a culture that makes sure that staff that say, 'Listen, I have a concern that this inmate isn't getting the care he needs.'"

The jail, which books around 350 inmates each day, holds around 8,500 inmates on any given day.

Hickman also has made moves to scrap a $30,000-a-month no-bid contract with a consulting firm hired by Garcia. The firm, Griffith Moseley Johnson & Associates, headed by former Jefferson County Sheriff and County Judge Carl Griffith, was criticized by some county leaders as too pricey.

"That particular account, I've asked the county attorney to identify what it would take to terminate that particular contract," Hickman said.

More sweeping changes are anticipated in the weeks to come to the sheriff's operation.

One possible plan: A jail administrator that would report directly to Harris County Commissioner Court so that the sheriff could concentrate largely on patrols and fighting crime.

The largest chunk of the sheriff's $450 million budget goes to inmate housing, education and medical care, Hickman said. He said the Commissioners Court wants to see if those costs can be better managed.

"If those kinds of things can be better controlled under another direction then they want to explore that," he said. "I'm wholly on board for that."

Bexar County has separated the jail from the sheriff's office, as have some counties in California, Hickman said.

He said such a change would not necessarily be easy.

"There is, logistically, a lot of overlap, particularly when it comes to transportation and inmate care," Hickman said. "There is a lot of interaction between the groups, so it isn't exactly a smooth transition where it's, 'We're done, hands off.'"

But, Hickman also said, "We'll look at it. We have a responsibility to see if there's a better way."

And while jail issues have taken up a large part of his first days in office, Hickman said he is looking forward to building information-sharing partnerships with law enforcement agencies throughout the region.

"The opportunities for regional partnerships is absolutely ripe," he said.

He has also undertaken an audit of everyone working in the department. He suggested he's not big on deputies who have unnecessary desk jobs.