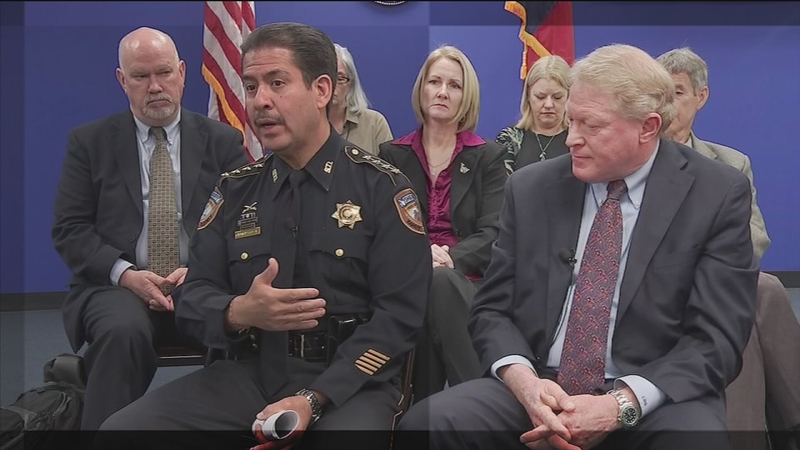 
Editor's note: In the original version of this report, our reporter indicated Griffith was paid $14,000 a month for his work on behalf of Dallas county which was subsequently lowered to $5,000. That was Griffith's rate in Midland County, not Dallas County. abc13 regrets the error.

Helping Harris County Sheriff Adrian Garcia run the jail is an outside consulting firm that's been paid more than $1,000 a day, totaling close to $1.7 million since 2011, when the firm entered a no-bid contract with the sheriff.

Garcia said that the consultant, Griffith Moseley Johnson & Associates, headed by former Jefferson County Sheriff and County Judge Carl Griffith, has paid for itself and then some.

"He's a benefit to the taxpayer," Garcia said of Griffith. "I think they've done a phenomenal job. With the expertise, the breadth of experience, I think it's worth the investment."

But Ted Oberg Investigates examined the contract and found that it's unclear exactly how much the taxpayers have been saved because of Griffith's work. The savings numbers the sheriff's office provided to ABC-13 in interviews and via email have wide variations.

Indeed, in a recent interview, estimates of the cost savings escalated continuously, with Garcia at one point claiming a savings of $60 million because of Griffith's work. Minutes later, Griffith said he saved the county $100 million. And then, after a few more minutes, the saving claim hit $112 million.

In an email to ABC-13 after the interview, the sheriff's communications staff calculated the savings at $123 million.

When asked to clarify the wildly fluctuating savings estimates, sheriff's officials provided an analysis of jail cost reductions with no dollar figure attached to it. 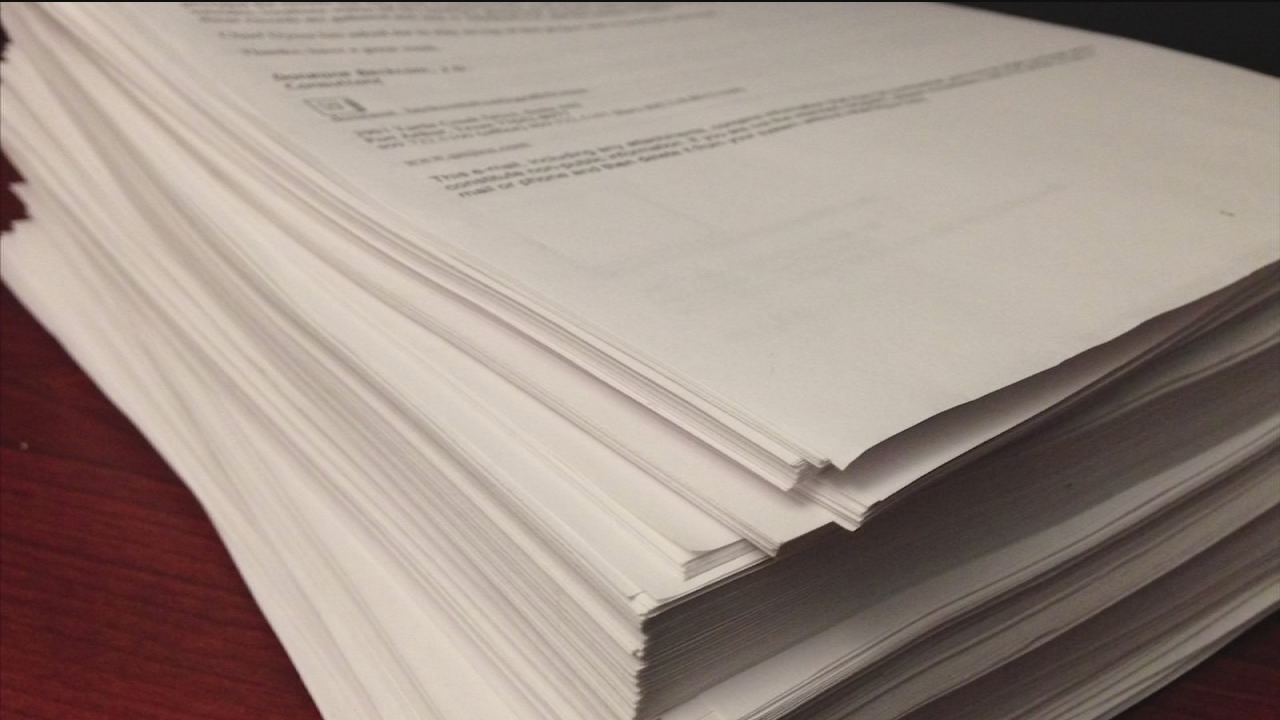 HCSO $1.7M consultant weighs in on more than jail issues
A consulting firm hired by the Harris County Sheriff on a no-bid contract has paid the firm close to $1.7 million. The sheriff and the consultant claim millions in taxpayer savings. Ted Oberg Investigates questions the numbers and examines the deal.
Not only could the sheriff and his team not agree on a savings number attributed to Griffith, they could not agree on how those savings were calculated.

For example, during an interview, Griffith attributed much of the savings to reducing the number of inmates so the county taxpayers wouldn't have to foot the bill for another prison. But in a later email exchange with ABC-13, the sheriff's team said they compared the budget of the previous sheriff as the benchmark to calculate the savings number. Using that method, the savings could be as much as $127 million or higher.

See an example of Garcia's savings breakdown and an exchange between the sheriff's and ABC-13 here.

Both Griffith and Garcia agree that overall savings were driven by following the consultant's suggestion to decrease the jail population and overtime costs along with it.

"We were spending $40 million in overtime, principally in the jail operation," Garcia said. "I needed to create a cultural change."

For example, Garcia said that Griffith helped create plans that reduced that overtime figure to $5 million.

In addition, Garcia credits Griffith for the idea to have civilians replace some deputies in the jail to create savings. And Griffith said the biggest savings came from lowering the number of inmates and avoiding the cost of building a new jail.

"I knew that reforms needed to happen whether it was through this firm or other efforts." Garcia said.

Despite the claim of savings, spending is up at the sheriff's office.

An examination of Garcia's budget from the time Griffith was hired, show the actual dollars have increased. In 2011 the budget for the sheriff's department was $390 million. This year it was $420 million.

As a percentage, the sheriff had one of the smallest increases countywide, budget records show.

Griffith's no-bid hiring was approved by the sheriff because the money comes from the jail's commissary fund. That is a pot of money from profits from the jail commissary, where inmates can buy items ranging from ramen noodles to canned sausage to Bibles to underwear.

State law says the profits from the commissary fund can only be used to do things that directly benefit inmates.

Hiring a consultant to improve jail conditions and save taxpayers money fits that description, Garcia said.

"When they stop saving money and bringing me results, I will get rid of them," Garcia said.

Sheriffs across Texas have wide berth to define what "directly benefit inmates" means.

The Kerr County Sheriff operates an inmate garden as part of this work program and has made hires from the commissary fund to train and educate inmates in "green" technologies.

At the Nueces County Jail, the fund was used to pay for improvements to the jail's camera system and labor for its installation, as well as laptops for its first inmate re-entry program.

"There are strict parameters for what the money can be used for: the quality of life and the benefit of the inmate," Garcia said.

Griffith's contract specifically states that his firm "will provide for the well-being, health, safety and security of the inmates."

However, emails obtained by Ted Oberg Investigates show that Griffith consulted on sheriff's department issues outside of the jail.

For example, emails show that:

Griffith said that he is only paid for his jail consulting and throws in the consulting on matters outside the jail for free.

"I couldn't in my heart turn away people asking me for advice for people who are trying to make a community safer," Griffith said.

Garcia said he appreciates the free advice, calling that a boon for taxpayers, too.

"The beauty of it is, we're not paying for it," Garcia said.

Garcia said he did not know Griffith before his firm was hired.

Garcia said he reached out to the Griffith's firm after learning of its work in the Dallas jail through local media reports there.

"We had made a very positive difference in their jail," Griffith said.

Griffith's firm, based in Port Author, not only consults about jail issues, but provides advice to schools, oil companies, and helps governments and companies keep up with requirements from the Department of Homeland Security.

Griffith said that the contract with the sheriff's office is not the largest contract his firm has, pointing to oil firms that pay more than the $1,000 per day it gets from Garcia's department.

Griffith also gets high marks from Diana Claitor, the executive director of the Texas Jail Project, a non-profit group that advocates for better treatment for jail inmates.

"I think the jail is making some real strides," said Claitor, pointing to improvements led by Griffith. "I know of his work. I have to say he's extremely proactive, no-nonsense and take-charge." 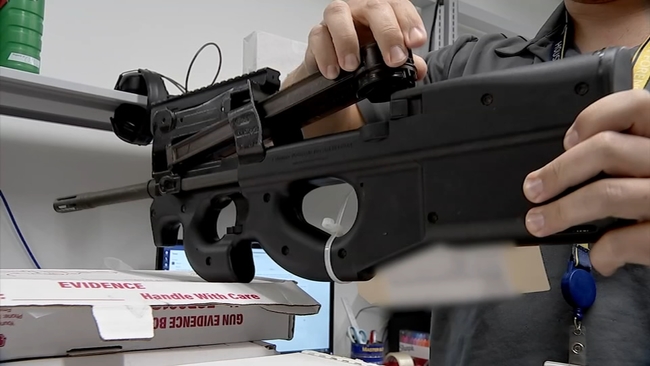 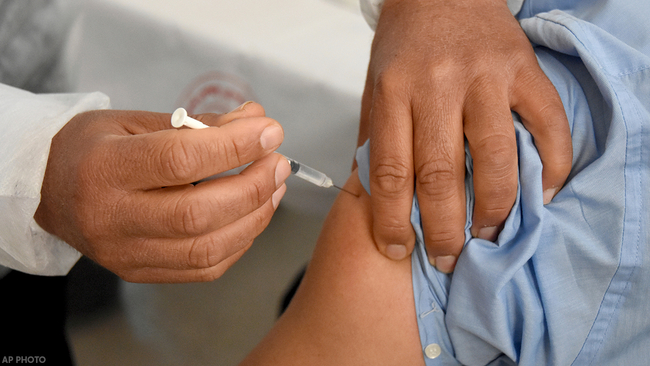