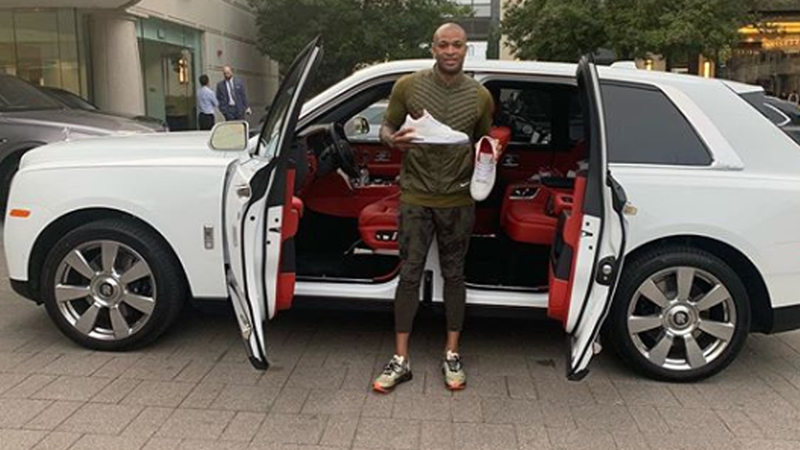 HOUSTON, Texas (KTRK) -- We know Houston Rockets forward P.J. Tucker has expensive taste. Now we're getting an idea of just how high-dollar his appetite really is.

Tucker posted photos on Instagram of his new ride, a white Rolls Royce Cullinan SUV that starts at $325,000.

According to Business Insider, the vehicle is the most expensive SUV on the market today as it comes with a cocktail table that will fold out at the touch of a button.

You can also customize it with a drink cabinet that includes a refrigerator, Rolls Royce whiskey glasses and champagne flutes.

We don't know if Tucker has this amenities in his model, but if so, we think it's perfect for toasting that championship we hope is in the Rockets' future.

Tucker is known for his style, rocking high-fashion brands from head-to-toe and spending his off-season perusing runway shows in Europe, so it's only fitting he has something to get around town that matches his tastes.

"Match" being the key word here for a man who likely plans his ensembles to a T.

The red leather interior pairs perfectly with the custom red and white Jordan 3 shoes, created by Dank & Co. of San Antonio, that Tucker is posing with on his page.

Tucker has an extensive car and shoe collection.

In December, Tucker made his own foray into footwear, unveiling a $900 sneaker collaboration with Giuseppe Zanotti.

Tucker also got an assist on the vehicle from Post Oak Motor Cars, the dealership owned by Houston Rockets owner Tilman Fertitta.

So if you catch a glimpse near Toyota Center of that glorious winged woman known as the Spirit of Ecstasy glimmering on the hood of a Cullinan, it just might be Tucker behind the wheel.

But, he notes, this isn't the kind of luxury you get overnight. As Tucker said in his Instagram caption, the hustle is sold separately.