ByChaz Miller and Mycah Hatfield via

A mother is grieving the loss of her only child, who was killed when her friend's then ex-boyfriend stormed into the woman's apartment and opened fire.

HARRIS COUNTY, Texas (KTRK) -- A man has been arrested in Mississippi following a police chase after allegedly shooting two women, killing one of them, overnight in north Harris County.

Deputies said Kentrell Brumfield broke into his ex-girlfriend's unit at about 10 p.m. Wednesday at the Rock Creek Apartments in the 200 block of Hollow Tree Lane.

As the man's ex-girlfriend, Lioneicia Malveaux, and her friend, Brittani Simmons, were having dinner, deputies said Brumfield forced his way inside and shot the two women multiple times.

Brumfield reportedly used to live at the apartment with Malveaux.

Neighbors at the apartment complex said they heard a verbal altercation before the shooting.

Both women were taken to the hospital, where Simmons was later pronounced dead.

"There was no purpose," Danielle Hurts, Simmons's sister, said. "It wasn't even aimed toward (Simmons). (Simmons) was just an innocent bystander at the wrong place at the wrong time."

The 23-year-old was the mother of a 7-year-old girl. She was her mother's only child.

"I see a crime scene and I don't know anything," Yolanda Dennis, Simmons's mother, said about when she arrived at the apartment Wednesday night. "I didn't know my daughter was dead until I got to the hospital. Now, I have to be strong for my granddaughter. It's going to be hard, but I got it."

Gunfire was exchanged between Brumfield and the officers during the chase, officials said. It was unclear if any injuries were reported.

The suspect was arrested and booked into the Lincoln County Jail. Officials said Brumfield will be extradited back to Harris County once he is released from local charges stemming from the arrest.

"He (doesn't) understand," Dennis said. "I feel like he doesn't have any remorse. I feel like he came in there to do what he wanted to do. You don't shoot someone that many times. How much anger did he have in him to do her like that? Either one of them."

Records show that the suspect already had two open felony warrants in Harris County for a violent domestic incident involving Malveaux and a gun earlier this month. He had not yet been arrested.

In the overnight shooting, he's wanted for murder and aggravated assault.

Malveaux spoke with the sheriff's office and said she and Brumfield recently split up. Deputies are investigating the shooting as a domestic incident.

"We don't believe he was living at the location at the time, but had lived here on and off previously," Sgt. Jason Brown said. "We have some other recent incidents of family violence at the location, and we just believe this was an ongoing domestic incident."

Neighbors and investigators told ABC13 that Brumfield had returned to the apartment in the past to harass Malveaux.

Simmons's family has created a GoFundMe to help with funeral expenses. 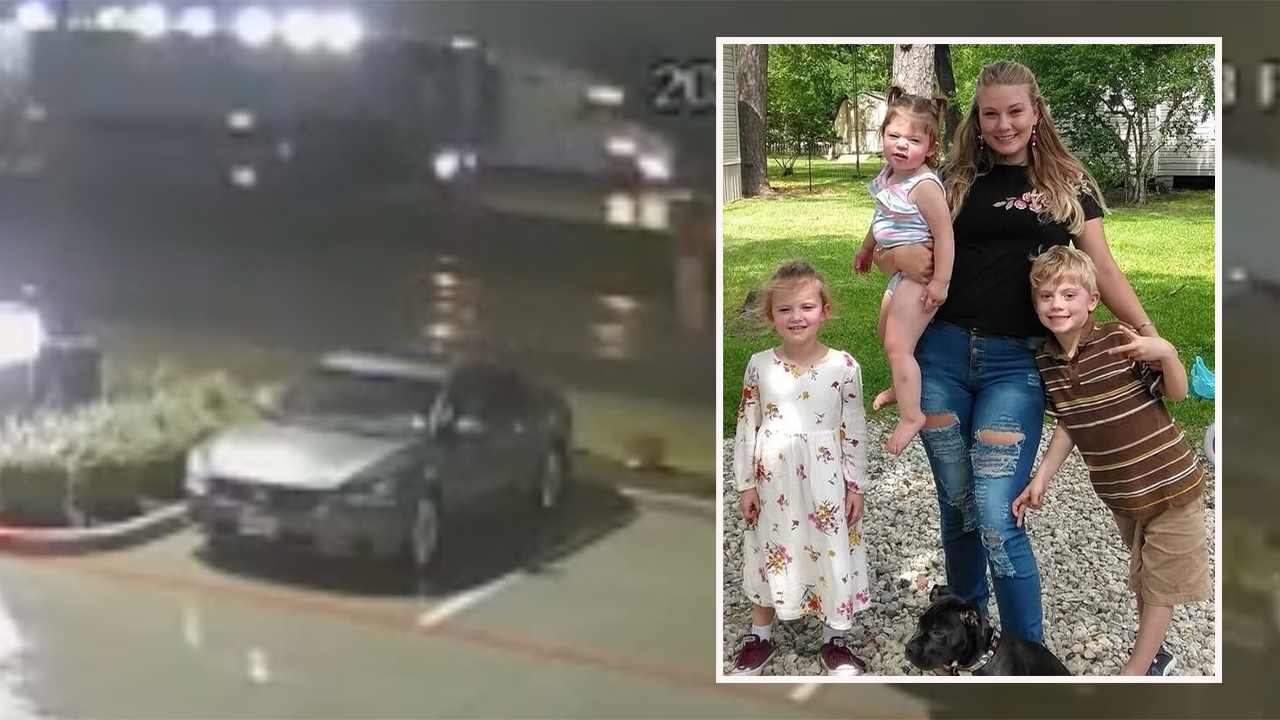