Kendrick Lee, child whose body was found in apartment 1 year after murder, laid to rest

Kendrick Lee's mother, Gloria Williams, and her boyfriend, Brian Coulter, have been charged in his death
KTRK
By Erica Simon and Charly Edsitty 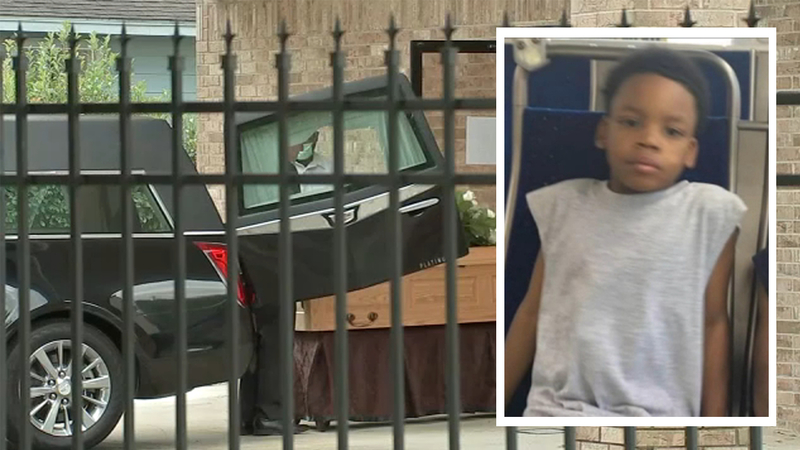 Houston child laid to rest 1 year after his murder

HOUSTON, Texas (KTRK) -- Kendrick Lee, the 8-year-old boy whose body was found inside a west Harris County apartment a year after he was killed, was laid to rest Friday morning.

Investigators have called this one of the most horrific child death cases they've ever seen, as Lee's body was also discovered in the same apartment with his three surviving siblings.

According to court records, in November 2020, Brian Coulter, the boyfriend of Kendrick's mother, Gloria Williams, beat the child to death and left his remains under a blanket in their apartment on Green Crest.

Coulter and Williams eventually moved out and left Kendrick's surviving brothers, ages 15, 9 and 7, to fend for themselves.

The teen called police in October of this year and told them about the deplorable conditions they were living in and that Kendrick had been murdered.

Kendrick's death has been ruled a homicide.

The couple has since been arrested.

Williams is charged with injury to a child by omission and tampering with evidence.

Coulter is charged with capital murder. He's expected back in court some time next week.

Kendrick's siblings have been placed in foster care.

Anyone who wishes to can send flowers online in honor of Kendrick.