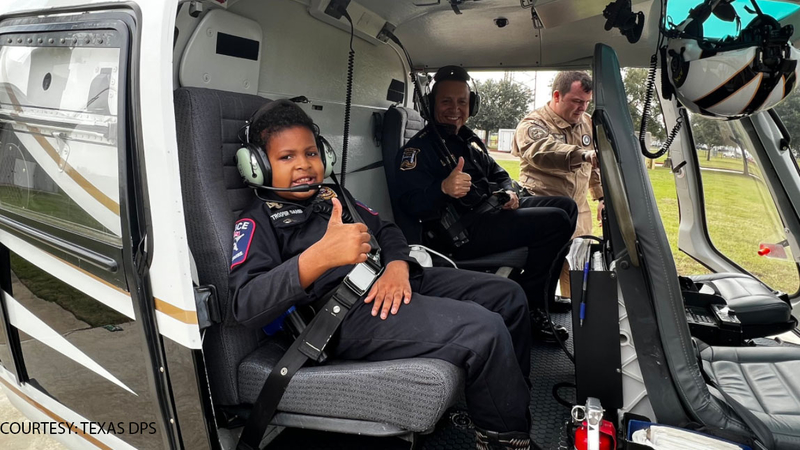 HOUSTON, Texas (KTRK) -- The 10-year-old, Devarjaye Daniel, who proudly represents Houston in his uniform from head to toe and with the signature ranger hat and boots, was honored on Monday by Texas Ranger Major Grover Huff a year after becoming an honorary Pearland police officer.

Every battle has a fighter.

10-year-old Devarjaye Daniel is doing his best to battle cancer.

Texas Ranger Major Grover Huff was honored to name Devarjaye a Junior Ranger. @FreeportPD & @HCSOTexas were also present for the ceremony & offered their support in his battle. pic.twitter.com/kIHfcrVaVW