HOUSTON, Texas (KTRK) -- A judge has directed not guilty verdicts in a criminal trial against chemical manufacturer Arkema and its Houston area plant manager over a toxic fire that raged in the wake of Hurricane Harvey three years ago.

Judge Belinda Hill made the ruling Thursday a week after the trial was resumed from a six-month delay due to the pandemic.

Leslie Comardelle, the plant manager at the Crosby facility at the time of the fire, and the company were charged each with a count of reckless emission of an air contaminant.

Just the day before, the judge tossed out the same charge relating to Arkema Inc. CEO Richard Rowe. Hill ruled that prosecutors had failed to provide enough evidence to prove to jurors that Rowe was guilty of what he was accused of doing, said Rowe's attorney, Tim Johnson.

SEE ALSO: 2 charges dismissed in trial over Arkema plant fire that broke out during Hurricane Harvey

If they had been convicted, Arkema faced up to a $1 million fine and Comardelle faced up to five years in prison.

The video above is from August 2017 when the fire first erupted in the wake of Hurricane Harvey.

The 2017 blaze caused organic peroxides made at the facility to catch fire and explode. The fire forced the evacuation of more than 200 residents from the area and sent 21 people, including first responders, to the hospital.

The high profile Arkema criminal trial comes to an end with no convictions. A blow to @HarrisCountyDAO’s efforts to prosecute environmental crimes. #abc13 https://t.co/IRSYUv6JLc pic.twitter.com/Leltc0L1Cn

Prosecutors allege that Pennsylvania-based Arkema, a subsidiary of a French chemical manufacturer, and its employees failed to properly prepare the company's chemical plant ahead of Harvey's arrival.

Arkema argued that the fire was caused by an act of God, which is the hurricane, and could not have been prevented. Harvey dumped nearly 50 inches of rain in parts of the Houston area and caused 36 deaths locally.

Legal experts have said that prosecutors could have a difficult time during the trial proving that the actions by Arkema and its employees were willful and reckless.

The U.S Chemical Safety Board said Arkema worked to keep equipment that stabilized its organic peroxides, used to make such things as plastic resins, from losing power. But Arkema didn't consider flooding of its safety systems "a credible risk," even though the plant was inside a floodplain .

At the request of prosecutors, Hill earlier this month dismissed felony assault charges against Arkema and now retired vice president of logistics, Michael Keough, that were related to injuries two deputies suffered during the fire. Hill has also sanctioned prosecutors over withholding evidence in the case.

Due to the pandemic, the trial was held in a courtroom that was set up at NRG Arena. The public was allowed to watch the trial through a livestream from a courtroom in the downtown criminal courthouse.

Following the end of the trial, Arkema celebrated the verdict while also lamenting whether the charges were needed in the first place.

"The facts of this case did not warrant any indictments, and we do not believe any indictment would have been granted but for the false information presented to the Grand Jury by prosecutors," the company said in a statement. "The prosecutors in this case repeatedly, blatantly and unapologetically broke rules that are in place to protect us all by ensuring our fundamental right to a fair trial."

Prosecutors, though, still wanted it known that something harmful happened at the Arkema plant, as stated by the Harris County District Attorney's Office.

"It is disappointing and frustrating this jury will not get to render a decision," said Dane Schiller, the spokesman of the district attorney's office. "Today's ruling by a judge doesn't change the fact that dangerous chemicals on Arkema property ignited and were belched in a cloud of toxic smoke over the surrounding communities, and a first responder there protecting people is now on a lung-transplant list." 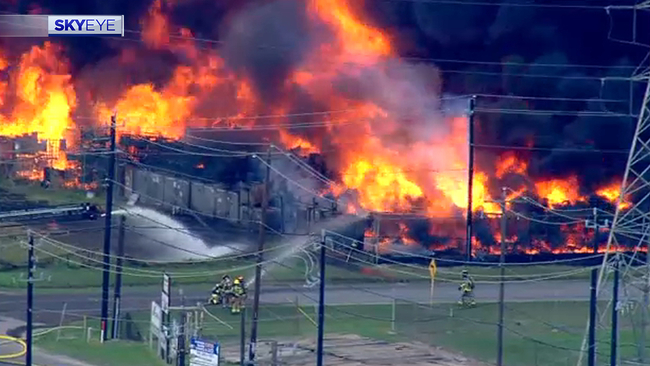 Chemicals that burned in Channelview fire still not yet known 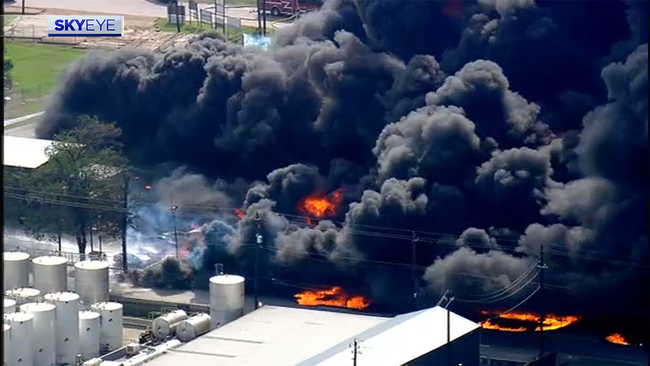