Caskets scattered around Louisiana community as residents recover from Ida

Could we see a repeat of Hurricane Ida? Experts tell ABC13 to simply be prepared.

IRONTON, Louisiana -- Hurricane Ida devastated Ironton, Louisiana, as it made its deadly march inland, with powerful flood waters that knocked homes off their foundations, swamped buildings with several feet of water and swept caskets out of their tombs, scattering them around the community.

Some of those caskets are still sitting there almost four weeks after the Category 4 storm, as residents work to salvage anything they can from their homes and prepare for the grueling process of rebuilding.

"It caused people to be in disarray," said Haywood Johnson, the pastor of St. Paul Missionary Baptist Church in Ironton. "They're shocked by the magnitude of the destruction, but they're even more so overwhelmed by their loved ones floating and ending up landing in the streets and people's yards and on the side of the levee and out in the field, and it's just, just overwhelming."

Ironton sits on the west bank of the Mississippi River in Plaquemines Parish, about 25 miles southeast of New Orleans.

Johnson told CNN that he was born and raised there and has been the church's pastor for 22 years.

The all-Black community is very tight-knit, and families have lived there for generations, the 74-year-old pastor said.

Johnson referred to many of the caskets by the names of the people inside them -- a father and daughter, whose caskets came to rest beside each other in someone's yard; a man whose casket is now upside down against a levee; and another man whose funeral vault moved two or three thousand feet and wound up right in front of the church.

"One of the things that bothered me is that I was the one who buried most of those people, most of the deceased, and it was like pulling the scab off of a wound," Johnson said.

The caskets were enclosed in above-ground tombs made of cement and other heavy materials.

Johnson said he's still looking for the caskets of his mother, his uncle and his sister. And he hasn't been able to get to some parts of the cemetery to assess other family tombs.

The search for missing loved ones is complicated by the high grass, marsh mud and snakes, Johnson said.

Members of the Louisiana Cemetery Response Task Force and its contractors were in Ironton on Tuesday to see what is needed to recover the caskets and get them to a staging area where they can be identified before they are returned to their proper resting places.

"It's not something you can do without heavy equipment," said task force chairman Ryan Seidemann, who noted that some of the caskets and their vaults weighed tons.

"When I was out in this community cemetery, I was up to my knees in muck, so finding the purchase for a crane or some other kind of [machinery] to get a hold and be able to lift these these heavy weights is going to be a challenge," he said.

Seidemann estimates that at least 30 to 40 caskets and vaults were displaced. But he said the task force would have a better idea in the coming weeks as they clean out the site.

The community of roughly 175 people is at an elevation of between 0 feet and 3 feet below sea level, US Army Corps of Engineers public affairs specialist René Poché told CNN.

Poché said the levees near Ironton and other communities in the area weren't built by the federal government and are basically mounds of dirt.

They offered little protection from the storm surge when Ida made landfall near Port Fourchon, southwest of Ironton, on Aug. 29 with winds of 150 mph, according to the National Weather Service.

"So we had all the water being blown in from that counterclockwise circulation out of the Gulf and then the rain that came with it," Poché said.

Hurricane Ida knocked out power to more than 1.1 million customers in Louisiana, state officials said. More than 10,000 people still did not have electricity as of Sept. 24, according to Poweroutage.us.

Johnson said people in his community have been asking for better levee protection for years. He said that many residents have had to rebuild twice -- after Hurricane Katrina, which struck exactly 16 years before Ida and Hurricane Isaac in 2012.

"We figured that that's the last time," Johnson said. "But this time here with Ida it's like nothing that I ever seen in my life. I've been in hurricanes but I've never seen one like this."

No one is living in Ironton right now, Johnson said, because houses that were elevated suffered storm damage and those that were at ground level "were completely decimated."

Parish debris crews have begun picking up materials placed on the side of the road as residents clean out their homes. Additionally, parish president Kirk Lepine has asked FEMA for authorization to remove debris from private property, according to a post on the Plaquemines Parish Government Facebook page

The National Guard has been working to clear the roads in Ironton, but that effort has been slow because there's still standing water, the post said. FEMA is also encouraging residents to apply for housing and other disaster assistance.

Johnson said everything on the first floor of the church was ruined, but he plans to rebuild again.

"That's the house of the Lord and it's my responsibility to take the initiative to do that," he said.

Audrey Trufant Salvant told CNN affiliate WVUE that she planned to return to Ironton, "because this is home."

She told WVUE that she had buried her brother in the cemetery a day before Ida's landfall.

"It is heartbreaking," Trufant Salvant told WVUE. "We've gone through this so many times before and [the] only answer to all of this would be levee protection."

Poché said the corps of engineers is working on two separate projects to improve the levees in the parish and the contracts should be awarded in November.

Work would start in December or January, he said, and it would take about two years to build miles of 10 to 14 foot tall levees.

Water from Hurricane Ida also dislodged tombs in Jefferson Parish, Seidemann said, and wind damage and fallen trees have damaged cemeteries all the way up to near the Mississippi border.

He said the task force has been getting calls from Ironton and other areas impacted by Ida.

"What we're hearing from them is, 'We've got a casket, or we've got a vault in our yard,' but it's not that they're calling because it's a nuisance," he said. "They're calling us because, 'that's someone's loved one and we want to see them treated right.'"

In 2006, in the wake of Hurricane Katrina, Louisiana passed a law requiring all caskets to have a permanent label with the decedent's name, date of death and the funeral home that handled the burial.

Seidemann said identifying everyone and getting them back to a restored cemetery could take up to two years. 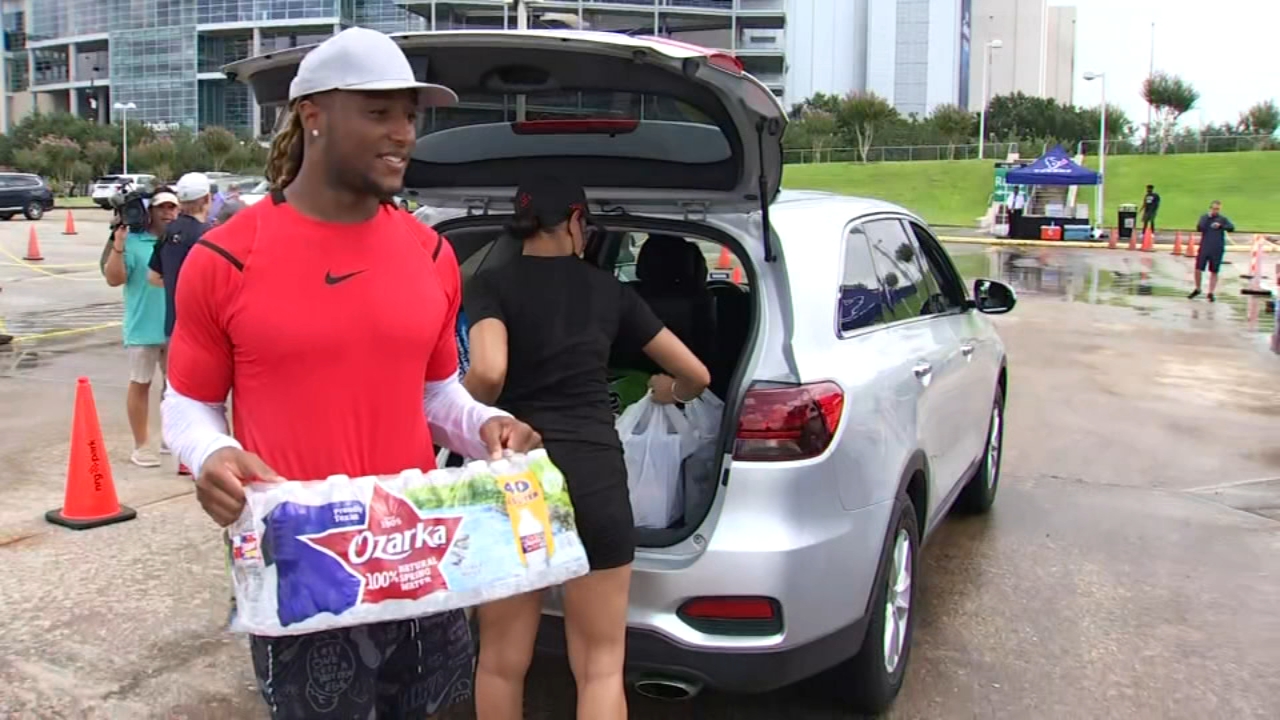 Texans already winners before 1st game, thanks to Justin Reid