US 90 blocked after highway cleanup crew member hit and killed 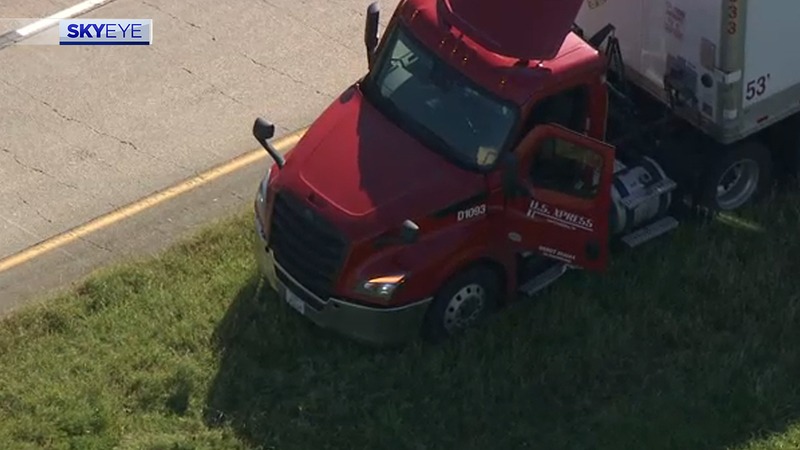 CROSBY, Texas (KTRK) -- A man died when he was hit by an 18-wheel truck on a highway in northeast Harris County on Thursday.

According to Sheriff Ed Gonzalez, the crash happened in the area of U.S. 90 and FM-2100 just outside of Crosby.

"An adult male pedestrian, struck by an 18-wheeler, has been pronounced deceased at the scene," a tweet by Gonzalez read.

Authorities later confirmed the victim was part of a debris cleanup work crew in the area.

U.S. 90 is closed just east of FM-2100. It's not immediately known how long the roadway will remain closed.

SkyEye over the scene spotted the big rig stopped on the side of the road.

Units are at the scene of a fatal crash at US 90/FM 2100. An adult male pedestrian, struck by an 18-wheeler, has been pronounced deceased at the scene. The deceased male was possibly a construction worker at the site. #HouNews pic.twitter.com/BPhTmqoODK