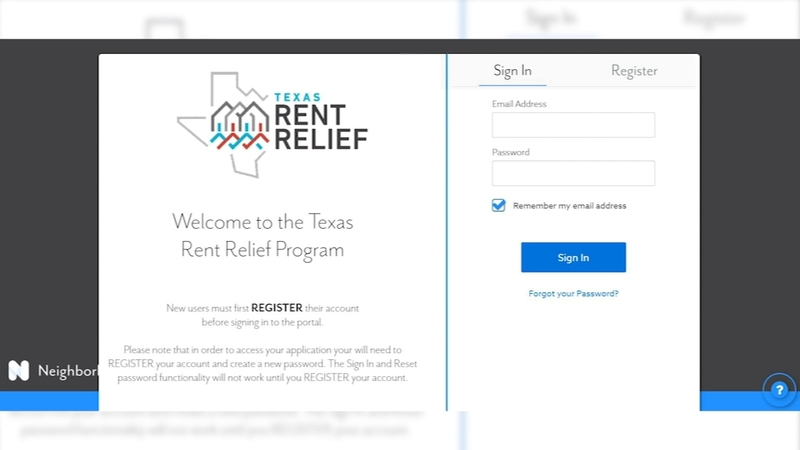 HOUSTON, Texas (KTRK) -- A software issue is a reason why Texas leaders said its rental relief program is struggling to get money in the hands of tenants.

For more than a month, the state has offered tenants a way to get rent relief. But five weeks later, some are still waiting.

"It's very stressful," a Houston resident explained. "It's very confusing. It's meant to help people, but we're not hearing anything."

The Houstonian, who didn't want to reveal his identity, requested several months' rent. When we told him only 134 people have been approved out of nearly 170,000, he couldn't believe it.

"I mean, what are they doing with the money? It's just sad," he said.

The Texas Department of Housing and Community Affairs is behind the program. The state launched its portal before other large states, even before Houston and Harris County. But it discovered a software issue was causing errors and duplicates.

Despite the delay, officials said they stand by the decision to open the portal in mid-February.

"What if we had waited on the original software application until March 1, and now we're discovering it's having issues and we're looking for a fix? I'm still happy we got out there when we did," said Bobby Wilkinson, Texas Department of Housing & Community Affairs executive director.

The agency said an outside vendor made changes and relaunched the site a week ago. There are hundreds of more people processing applications, and money is starting to flow. On Tuesday alone, more than $400,000 were distributed and more is coming soon.

SEE ALSO: From rental relief to food assistance, how you can get help in Houston and surrounding areas

Originally, the program received $1.3 billion from the federal government. On Tuesday, ABC13 learned, the state will receive an additional billion for the program. It's still far behind other programs. So far, it's approved about 134 applicants. The program for Houston and Harris County has approved 4,151, totaling more than $14 million.

Officials said once applicants submit all documents, the money should arrive in a couple of weeks. These are funds they know people need.

"I'm sorry," Wilkinson said to people waiting on the money.

These are words that for struggling Texans are nice, but getting the money would be better before they're out of a home.

It's a grave reality that hundreds of thousands of Texans face, which is why they hope the changes the state made to the relief program work.

Those who still wish to apply should visit the Texas Rent Relief website.