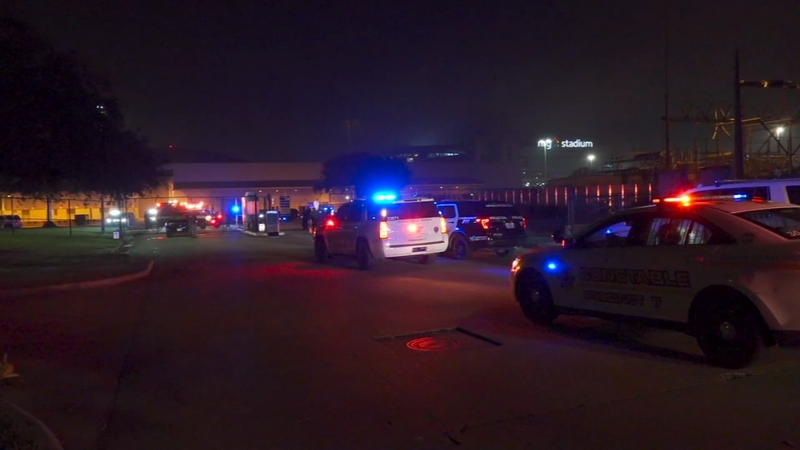 HOUSTON, Texas (KTRK) -- A 17-year-old girl is hospitalized after an altercation with a Harris County Precinct 1 deputy near the NRG Stadium.

The teenager erratically drove a stolen car into a parking lot, according to authorities. When the deputy stopped the suspect's car, there was some type of altercation and the suspect was shot and hit multiple times.

The suspect got back into her car and led the deputy on a short chase ending when the teen got stuck behind a closed gate and was taken into custody.

HPD Commanders, PIO & Investigators are responding to reports of a suspect shot by Precinct 1 Deputies at 8200 N Stadium Drive. The suspect was struck and transported to an area hospital. Further information will be provided at the scene. #hounews pic.twitter.com/5AWqZncwDZ

Officials say there's an open felony warrant on the teen's records and the vehicle was reported stolen out of Harris County Precinct 4.

Suspect was taken to hospital in stable condition. Deputy was not injuries. HPD SIU on scene. No other info at this time. #hounews