'I'll never get my baby back': Family of woman killed in crash on North Freeway angry over loss 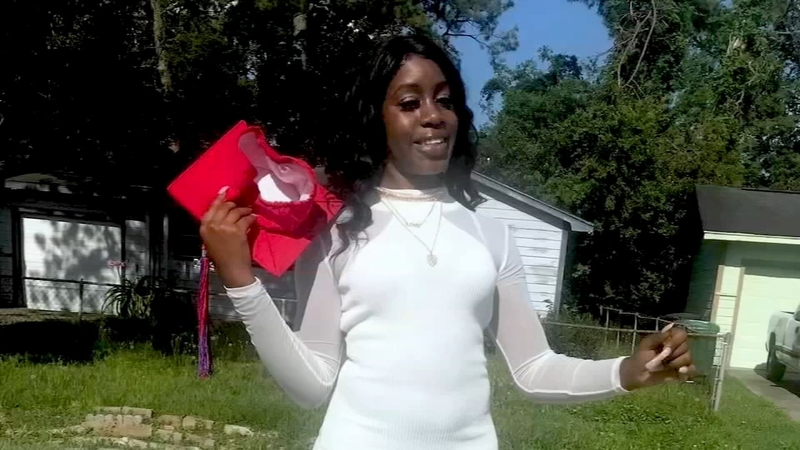 HOUSTON, Texas (KTRK) -- A married mother has been charged in connection with the wrong-way, drunk driving crash that killed two people on the North Freeway.

The Harris County Institute of Forensic Sciences identified the two victims killed in the crash as 20-year-old LaQuenta Housley and 31-year-old Andrew Griffin.

Police say Gay was intoxicated and driving northbound in the southbound lanes of the North Freeway when she hit two cars. Griffin was driving one of the vehicles. He and Housley, his passenger, died at the scene.

Gay, along with the driver of the second car, were both hospitalized. Both are expected to survive.

Housley's family are distraught and angry.

"This is so hard. It's so hard for me because I'll never get my baby back," said Housley's mother, Rosalyn Collins, through tears. "If you see a person intoxicated, don't keep feeding it to them."

"Something has to be done about these drunk driving people. How can you get on the freeway the wrong way? It doesn't make any sense. Somebody needs to do something about this," said Patrick Collins, Housley's stepfather.

Last year, 963 people were killed in drunk driving crashes, according to the Texas Department of Transportation. More than 2,100 people were seriously injured.

Housley's family is determined to find out where Gay was allegedly over-served.

"I don't even just blame her, but the person who gave her that much alcohol," Housley's sister, LaQuita Collins, said.

The family has set up a GoFundMe to help raise money for Housley's funeral expenses.