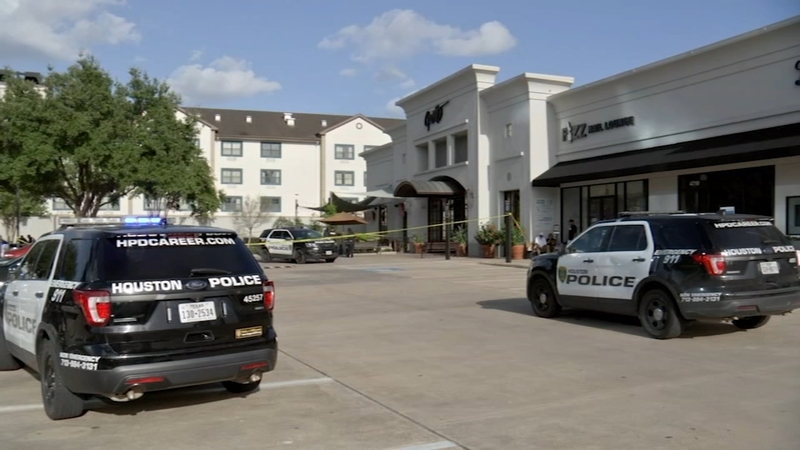 HOUSTON, Texas (KTRK) -- New exclusive details are emerging in the case of the New Orleans officer and another man who was murdered in the Galleria area.

Court records show that just one hour before the murders, the men accused spoke to a fellow gang member in jail over the phone who was encouraging them to commit robberies and shoot if they had to.

Anthony Jenkins, who is the brother of one of the suspects in the officer's death, Anthony Rayshard Jenkins Jr., is accused of telling the men from jail to carry out robberies so that they can secure money to bond him out of jail.

Jenkins, who was being held in jail on a $50,000 bond was accused of a different aggravated robbery from April.

As court documents detail, on Aug. 21, he recorded having a phone conversation with his brother and the teens who are also accused of murder.

Court records note that during that call learned his brother and friends had been watching and following a man with expensive jewelry. They were under the impression that the victim had on a $200,000 Richard Millie watch.

Court documents say Jenkins told the men to have their pistols and be aggressive. "Don't play with him, pow in his leg, get (it) right," Jenkins said, according to court documents.

In a phone call 30 minutes later, court documents show Jenkins was informed that the deed was done, but the watch was fake. Investigators said Jenkins encouraged his brother and the teens to find more victims.

SEE ALSO: New Orleans off-duty officer killed had been in Houston only few hours before shooting

While in jail, Jenkins was charged with aggravated robbery with a deadly weapon for instructing his brother, Anthony Rayshard Jenkins Jr. and Frederick Jackson to rob people and kill them if they had to in order to get money for his bond.

Court records show that Jenkins posted bond on Nov. 24, but was later issued a warrant for violating those conditions.

As Jenkins showed up to court for a bond hearing Wednesday morning he was arrested again, and the hearing was rescheduled to Thursday.