Surveillance video shows the suspects immediately pull out their handguns, while demanding money from the cash registers.

HOUSTON, Texas (KTRK) -- The Houston Police Department is searching for three men in connection to an armed robbery at a southside Houston pawn shop on Tuesday.

Surveillance video shows the suspects immediately pull out their handguns, while demanding money from the cash registers.

Police said the employees complied by opening the cash drawers and were then forced to get on the ground.

The two suspects took the cash from the drawers and drove off in a dark gray Dodge Charger.

HPD noted that before the robbery, an unknown man was buzzed into the shop after informing employees that he was pawning an item. Once he was let in, the two suspects followed behind him. The video shows the unknown man running out of the shop after.

The Houston Police Robbery Division seeks to identify that man as a person of interest or witness to this robbery.

Police describe the first suspect as a Black man who was last seen wearing a black hoodie with "Playboy" written in white, black jeans, and a black mask covering a portion of his face.

The second suspect is described as a Black man wearing a black hoodie, black jeans, and black shoes, with his hood on his head and a black mask covering some of his face.

The third man considered a person of interest or witness to the robbery is described as a Black man wearing a gray shirt, gray pants with black stripes, and red shoes. 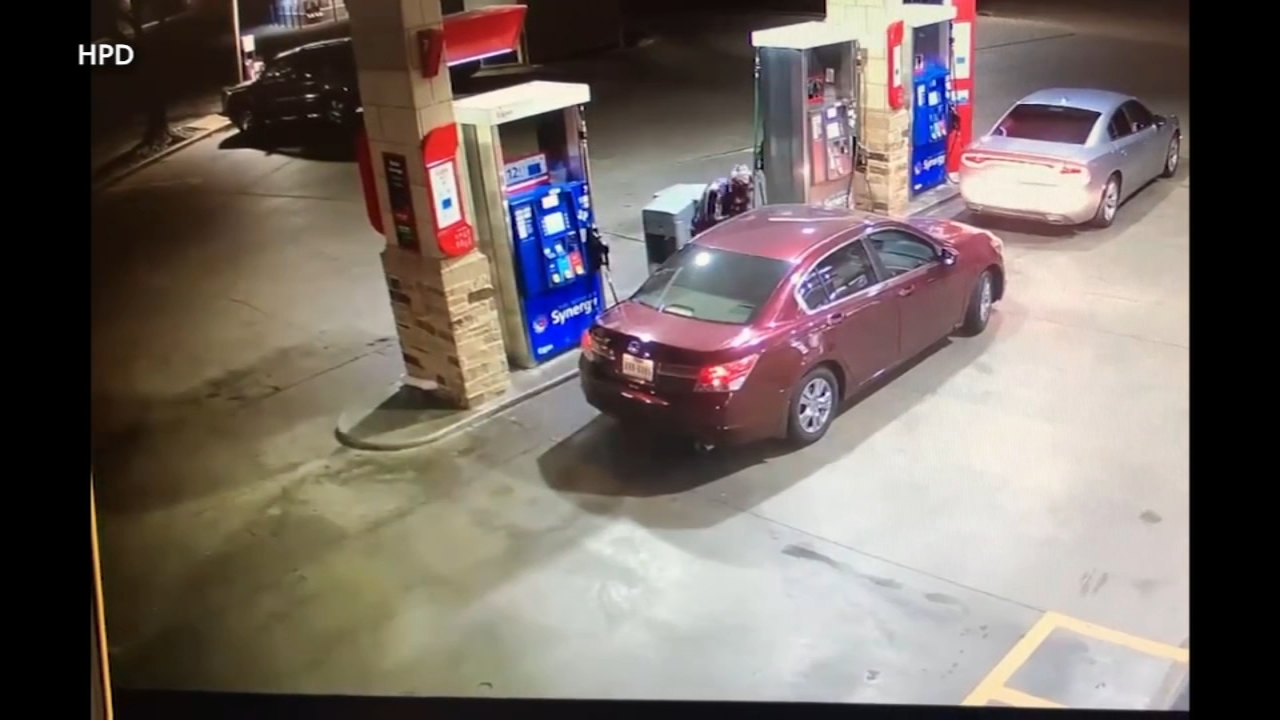