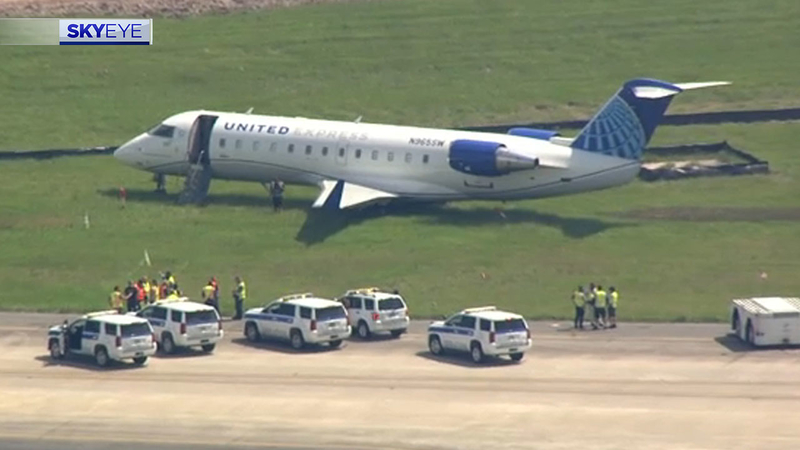 United Express jet with 16 on board skids off IAH runway

HOUSTON, Texas (KTRK) -- At least 16 people were onboard a United Airlines flight when it went off the runway Wednesday afternoon at Bush Airport.

According to airport officials, the plane skid off the runway. Video from SkyEye shows the plane ended up in a grassy field near construction, but no one was injured in the incident.

SkyWest Airlines, which is a regional airline that operates the flight for United Express, said its plane went off the runway following a steering issue. Read the airlines' full statement below: