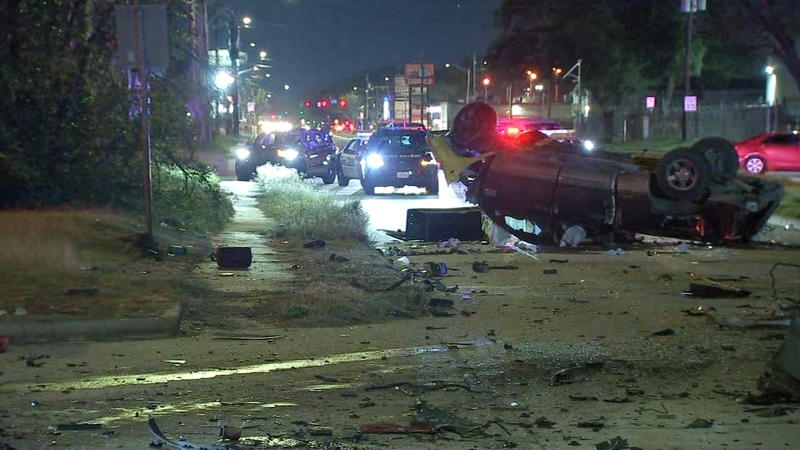 Police said the crash happened Monday at 7:10 p.m. in the 11600 block of Bannister Lane. A Dodge truck was heading westbound on Little York, when the driver lost control, crossed the median and struck a Kia, which hit a tow truck that was towing another car.

A neighbor told ABC13 he heard four crashes right outside his house. He said he ran outside and called 911.

According to police, a woman that was ejected from the Dodge truck was pronounced dead at the scene. Meanwhile, the driver of the truck suffered minor injuries and was taken to the hospital.

The second person killed was the driver of the Kia. No other injuries were reported.

Police believe speed played a factor in the crash, but are still investigating.